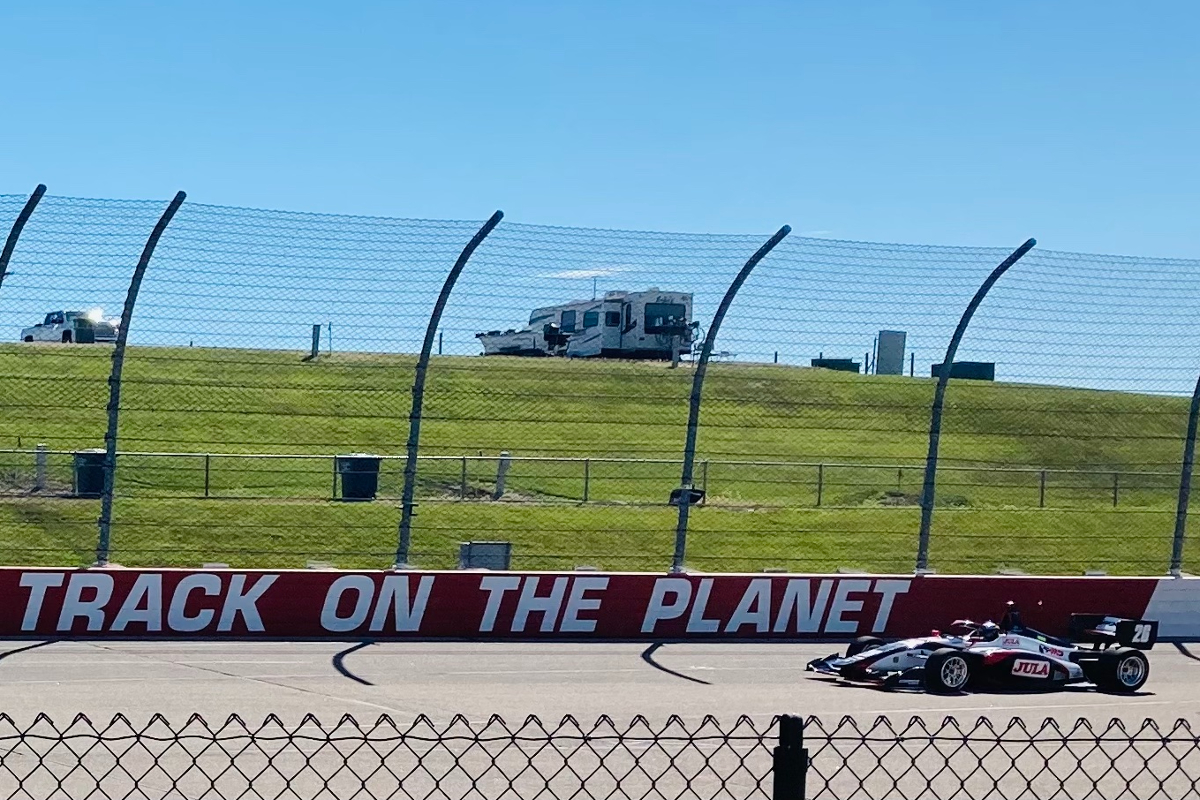 Indy Lights teams were getting ready for next month’s first oval race of the season at Iowa Speedway with a test at the circuit on Wednesday.

The day was split into a morning and afternoon session, with the overall pace set in session one by Andretti Autosport’s Christian Rasmussen who went to the top with his penultimate lap.

He was the only driver to record a sub-20 seconds lap, with his 19.9122s effort having an average speed of 161.167mph. Rasmussen was 0.1030s faster than team-mate Hunter McElrea in second place, with McElrea leading the way early on;

TJ Speed’s Kyffin Simpson set the most laps at 101, while Force Indy’s Ernie Francis Jr ran the least with only 37 laps on the board. However it was HMD Motorsports’ Antonio Serravalle who actually spent the longest time on track, as he spent over three hours doing test work.

Most drivers found pace at the very end of the session, with Andretti filling the top four positions as Matthew Brabham and Sting Ray Robb went third and fourth with their penultimate and last laps respectively.

McElrea, Brabham and Global Racing Group with HMD’s Benjamin Pedersen filled the top three places in the afternoon session and all improved on their morning pace by a tiny amount but were still short of Rasmussen’s earlier benchmark.

There was a 0.0173s gap between McElrea and Brabham, and McElrea was fastest from the vert start of the session until points leader Linus Lundqvist went on a run and moved into first place. Danial Frost then slotted into second to create a HMD one-two that lasted until after the two-and-a-half hour mark as Serravalle became Lundqvist’s closest rival on pace.

Going into the fourth hour of running there was a shake-up in the order, and McElrea and Pedersen improved by several tenths of a second to go to the top of the timesheet. Drivers couldn’t find more pace in the final hour, and so McElrea stayed on top until the end. Simpson once again set the most laps, 149, while Christian Bogle ran the least with just 66 laps on the board.