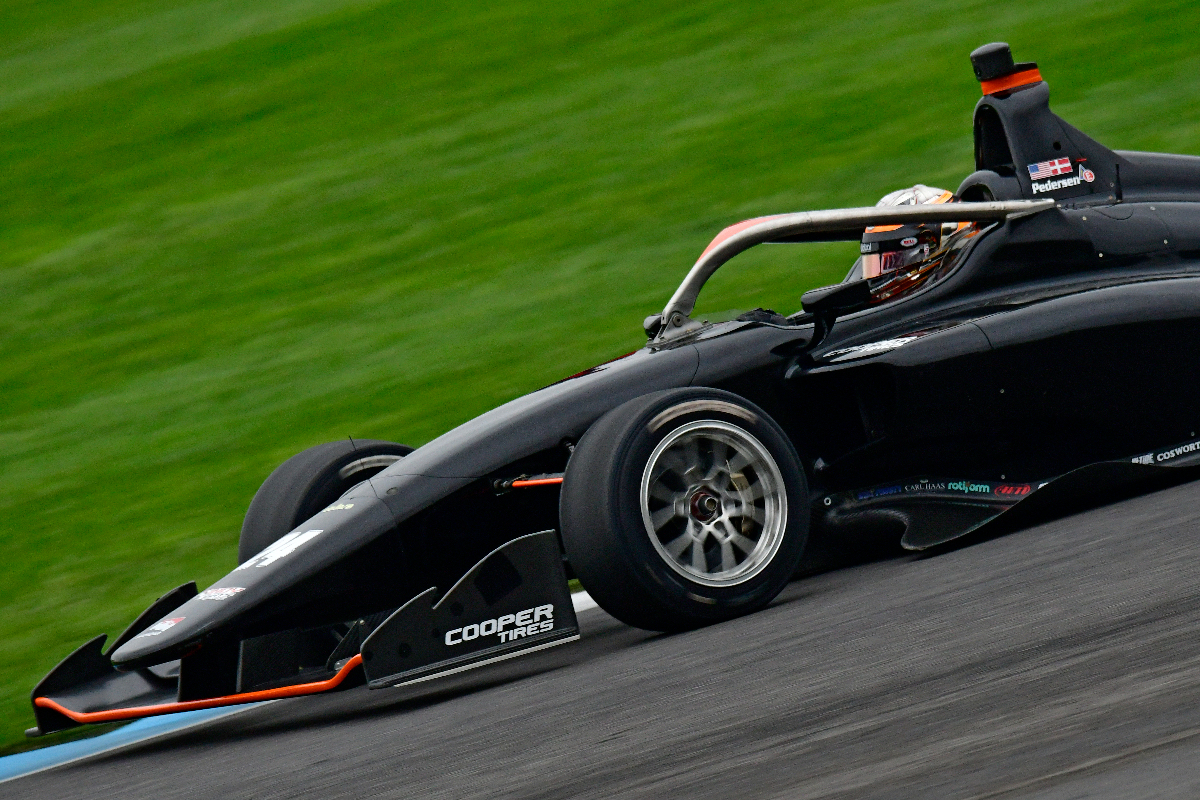 Indy Lights has made its next move in adopting features from IndyCar as Firestone will replace Cooper Tires as its spec tyre supplier in 2023.

IndyCar is in control of its feeder championship this year as its owner Penske Entertainment Corporation took over promotion rights of Indy Lights from Andersen Promotions.

Indy Lights’ points and push-to-pass system were adjusted to mirror IndyCar’s, and there had been paddock speculation that a switch to IndyCar’s tyre supplier was on the way too.

At the opening of Firestone’s Advanced Tire Production Center, the brand announced in conjuction with IndyCar that a deal has been signed and the move to new rubber would take place next year.

“We are proud to see that our relationship is expanding into supplying tires for both of our series. Their attention to detail, safety and performance is unmatched. Supplying their world-class product to the IndyCar series and Indy Lights reflects Firestone’s commitment to IndyCar’s present and future.”

It is not the first time that Firestone’s rubber has been used in the junior single-seater series, as between 1991 and 2013 the brand was present along with Dayton, which like Firestone is owned by Japanese tyre firm Bridgestone.

“We look forward to expanding our partnership with IndyCar to supply tires for Indy Lights starting in 2023,” Bridgestone Americas’ director of motorsports Lisa Boggs said.

“We know the importance this series has for technology advancement and driver development and are proud to be a part of the journey.”

In the announcement, Indy Lights’ director Levi Jones also thanked Cooper for being its spec supplier since 2014 and for staying on board during 2022 when many other changes were happening in the series.

“Their assistance [this year] while IndyCar assumed operational control was crucial to our success,” applauded Jones.

“With Firestone, we cannot wait to begin this new era, which will align the entire INDYCAR paddock and help our rising stars reach their goal of competing in the IndyCar series.”