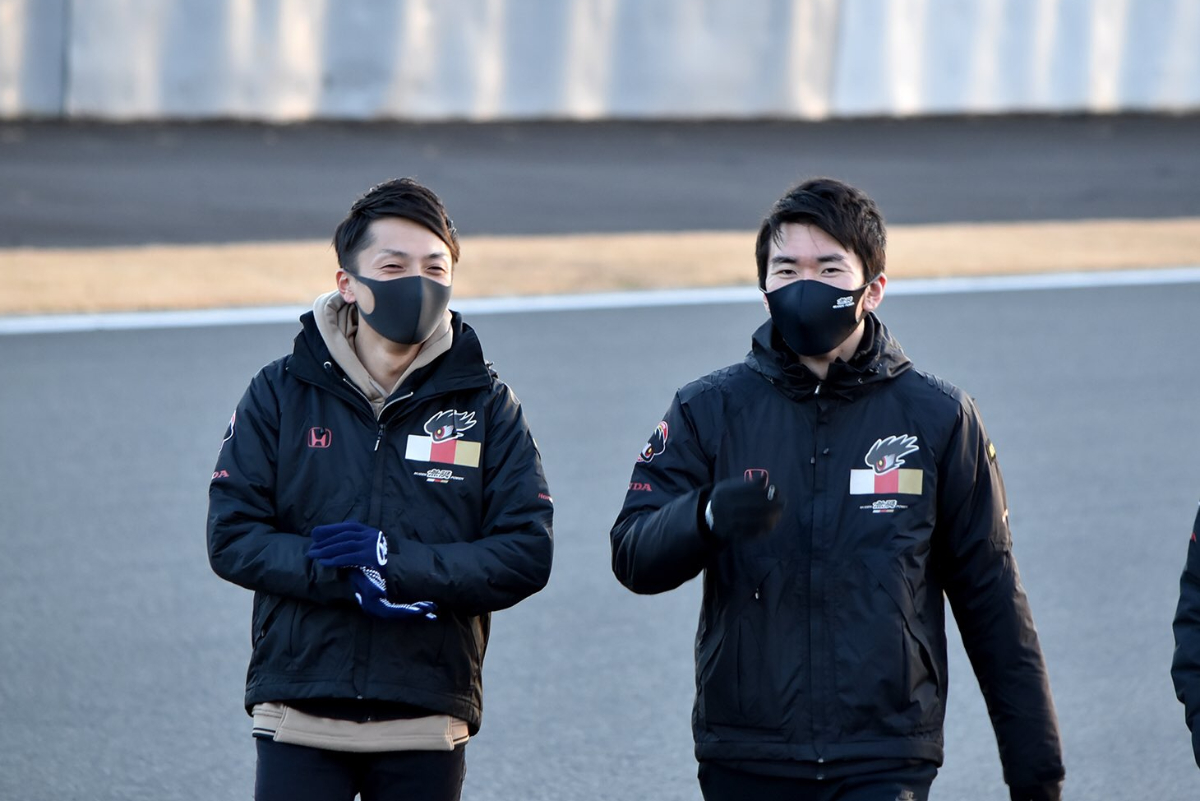 Red Bull athlete Sasahara was the first to beat the benchmark, going fastest in the incredibly cold first practice session by 0.710 seconds with a 1m20.863s lap.

He then improved on that in the second session and was sitting at the top of the times until team-mate Nojiri surpassed him with a 1m20.708s lap late on. Rather than respond to Nojiri’s new benchmark, Sasahara ended up spinning on the cold track and causing a red flag stoppage.

All but Dandelion Racing’s points leader Naoki Yamamoto and B-MAX Racing with Motopark’s Nobuharu Matsushita improved in the afternoon session, with Yamamoto having been third fastest behind Sasahara and his own team-mate Nirei Fukuzumi in FP1.

Nojiri was the fastest of the title contenders, with Team Impul’s Ryo Hirakawa 0.239s back in third place, TOM’S driver Nick Cassiy in seventh, and Kondo Racing’s Kenta Yamashita almost three quarters of a second off the pace in 11th.

Honda junior Hiroki Otsu, who makes his series debut with Nakajima Racing this weekend in place of the ill Tadasuke Makino, was 18th quickest. He got within 1.232s of Nojiri’s record pace, and actually lapped under the old record.