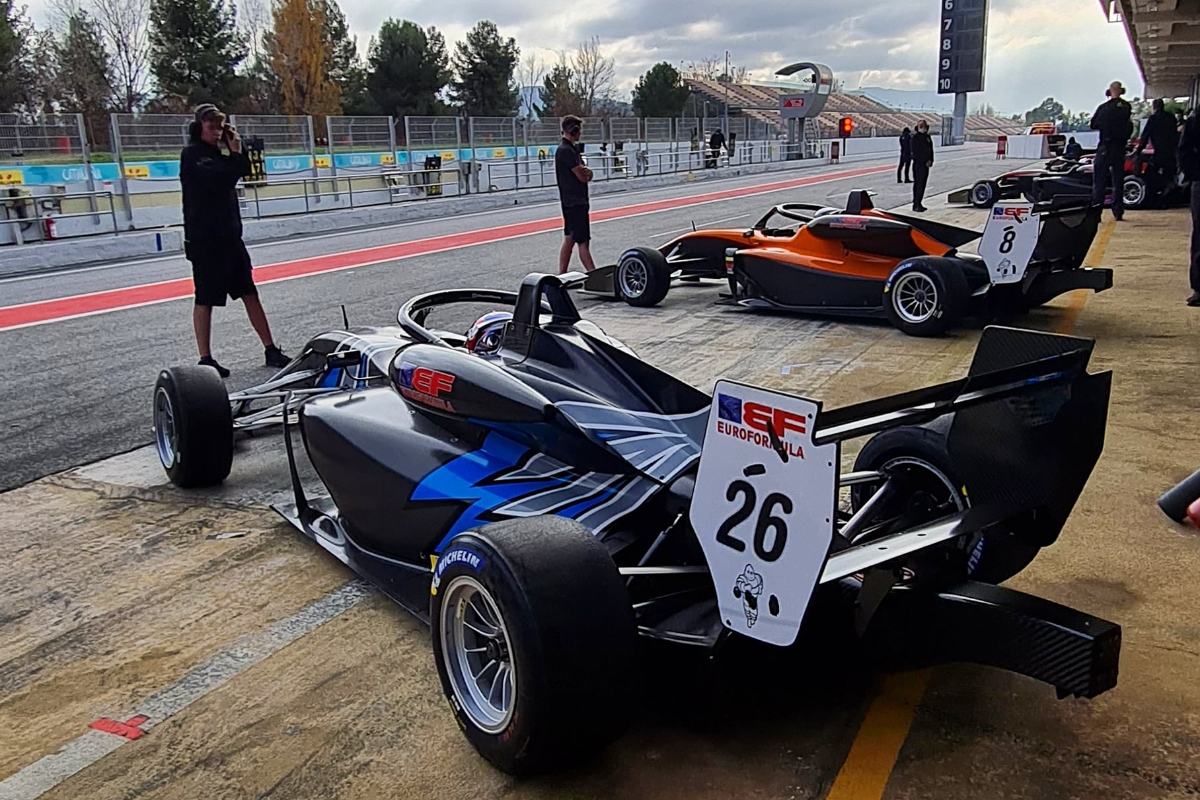 The fastest laptime of the opening days was set by Sebastian Montoya, who was testing with Double R Racing in its Dallara 320 car.

Testing alongside him was BRDC British Formula 3 race-winner Joshua Mason, before he went to Valencia Ricardo Tormo to try out Van Amersfoort Racing’s Euroformula car too.

Double R shook up its line-up by bringing in fellow British F3 graduate Kiern Jewiss and Zdenek Chovanec, with the former focusing on brake testing.

Drivex School had Ayrton Simmons and Nico Pino throughout, and were visited by Fernando Alonso, while Motopark had six cars out via its main team and its CryptoTower Racing Team offshoot.

At the wheel of those included Louis Foster, Niklas Krutten, Matthias Luethen, ex-W Series racer Vivien Keszthelyi – whose boyfriend David Schumacher was understood to be driving Trident’s old GP3 car at the circuit – as well as Carlin testers Kaylen Frederick and Nazim Azman after they swapped teams. There was one other driver whose identity was kept secret.

The contingent of drivers in FREC machinery was far larger, and it was Arden’s Alex Quinn who kicked off the test on top. KIC Motorsport’s Elias Seppanen and R-ace GP’s Isack Hadjar also topped sessions before Prema arrived with its drivers and it set the pace.

Mercedes-AMG protege Paul Aron was quickest of its drivers, while Quinn was consistently fast and rivalled Prema for pace, as did Francesco Pizzi after he switched from ART Grand Prix to VAR. Ferrari junior Dino Beganovic, new to Regional F3 machinery, was fifth for Prema.

Gregoire Saucy was a late arrival but the fastest driver in a ART GP-run car, while Euroformula driver Zane Maloney moved across from Euroformula to join R-ace GP in one of its Tatuus T-318 cars.

VAR had the largest presence among the F4 squads testing, with five cars on track, while Drivex, Prema and R-ace GP had four each, and Jenzer Motorsport was running three.