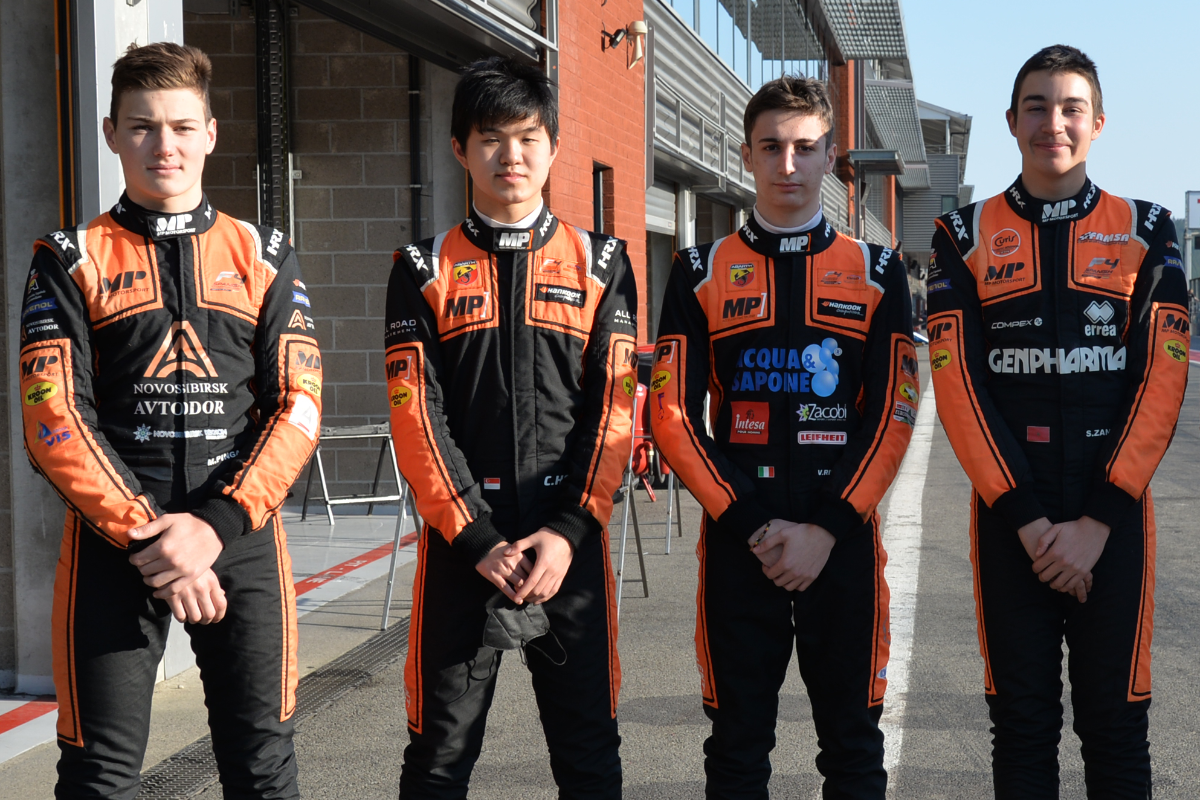 MP Motorsport has announced several more drivers for Spanish Formula 4 this year, bringing its roster up to seven signings who it has revealed will be split into two line-ups.

The Dutch team had eight full-time entries in 2021, and a ninth car split between two drivers that was entered part-time, but Spanish F4 has introduced new regulations as it adopts the new Tatuus T-421 chassis that limits each team to four cars.

To circumvent this, MP’s team manager Sander Dorsman revealed to Formula Scout that it will run cars under two different competitor licenses much like Motopark does in Euroformula with its main team and CryptoTower-branded offshoot.

Alongside the already announced Sebastian Gravlund, Valerio Rinicella and Richard Mille Young Talent Academy shootout winner Tymoteusz Kucharczyk, who is on a three-year contract with MP but has not been confirmed to contest the full 2022 Spanish F4 season, the team has added Christian Ho, Tasanapol Inthraphuvasak, Miron Pingasov and Suleiman Zanfari.

All four already have experience of the T-421 having raced for MP in F4 United Arab Emirates at the start of this year. Inthraphuvasak was the highest place of the four in the standings, coming seventh in the standings with two poles and a win.

It is the Thai’s second year in F4, having come fifth in the UAE series in 2021 before becoming a race-winner in the British championship with Carlin.

Russian driver Pingasov is MP’s development driver and contested three Spanish F4 rounds last year with the team before a UAE campaign where his best race result is fourth. Zanfari is also well known to MP, having been part of its Spanish F4 line-up through 2021 and re-signed with the team in January to race in the UAE and a then-unannounced European championship.

In 65 races in F4 since 2020, most of which have been in Spain, the Moroccan has taken one pole and three fourth places.

Singaporean-licensed karting graduate Ho did a F4 test programme last year alongside a trying season in senior karting. Racing as a junior of the Sauber company that operates the Alfa Romeo Racing team in Formula 1, coming 23rd in the WSK Champions Cup at the start of the karting calendar ended up being the highlight of his year.

He adapted well to single-seaters when he debuted in F4 UAE though, as he contested three rounds and earned a top-five finish. Last September he was signed to Nicolas Todt’s All Road Management stable.