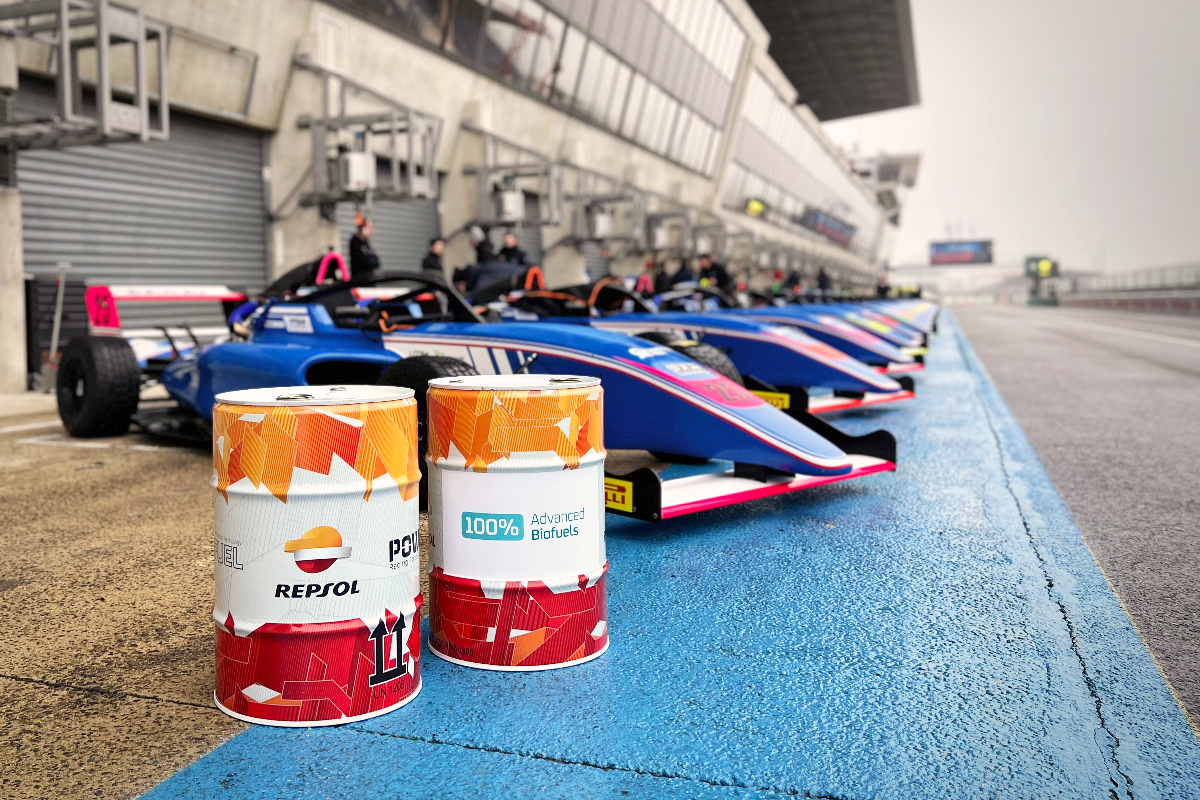 The French Formula 4 championship will use biofuel supplied by Repsol this year as part of a sustainability push.

For 2022 the FFSA Academy’s centrally-run series is switching to the new, halo-shod Mygale M21-F4 car, and during pre-season testing it has trialled the more eco-friendly fuel in its Renault engines to check its reliability and performance impact.

With testing having been a success, an agreement has been signed with Repsol to provide 30,000 litres of biofuel for the season starting this weekend at Nogaro. It is said the switch of fuels will lead to a 70% saving in greenhouse gas emissions.

Repsol has used recycled substances for its biofuel, making it recognisable as an ‘advanced sustainable fuel’ by the FIA and means it also meets the sustainability criteria established in the European Union’s current renewable energy directive.

“We have been testing this new 100% renewable Repsol biofuel since the pre-season tests on our new Mygale F4 and the result is very positive,” said FFSA Academy director and national technical director Christophe Lollier.

“This is the reason why we have decided to adopt it for the whole 2022 season and why we are even considering extending it to our junior karting championship. A pioneer of its kind, the French F4 championship has become the first single-seater competition in the world to use 100% renewable fuel, which is a source of pride.”

Lollier’s statement refers to present-day single-seaters, with Renault having previously used a betroot-based ethanol for Formula Campus. That series evolved into the French F4 of today.