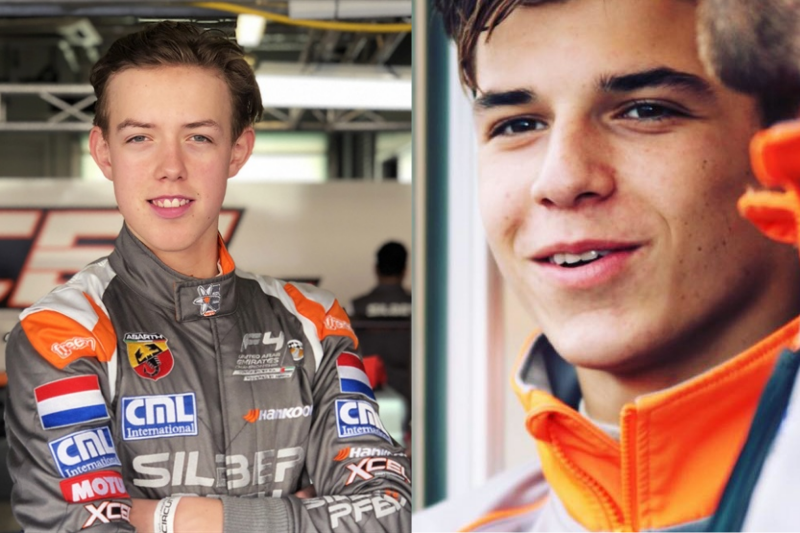 Van der?Helm starred on his car racing debut in Formula 4 UAE earlier this year, finishing on the podium in his second race and winning in his second weekend in the series.

?I am really looking forward to my first year in motorsport?, van der Helm said.

?The [UAE F4] races in Abu Dhabi and Dubai have really whetted my appetite. Winning the final race at Dubai couldn?t have been better. I hope to continue that momentum with MP into the regular F4 season.?

“The past few years [van der Helm] has often surprised us with his performance on the karting tracks,”?MP Motorsport team boss Sander Dorsman added. “With his talent and speed, he is ready for a switch to motorsport. We can?t wait to give him a winning car.?

Fellow Dutcman van Berlo will also join the team after a successful test at Navarra.

He got his first taste of car racing with a cameo appearance in the 24H GT Series last year and appeared in the last round of the 2017-18 MRF Challenge.

?It was a very valuable test. Adjusting to the car went well,” reflected van Berlo. “An F4 car doesn?t have a lot of downforce, though it?s still more when compared to a Porsche, for example.

“I find that feeling very cool. It?s very contradictory. The faster you go through the corner, the more the car is sucked to the ground. I also think it?s great that you don?t have a roof over your head in a F4 car. It enhances the experience because it makes you enjoy the speed better.”

Among the other drivers confirmed for the season are Argentine Franco Colapinto, who won on his debut last year and is testing in Euroformula Open this weekend, Kilian Meyer and?SMP-backed talent?Irina Sidorkova.?