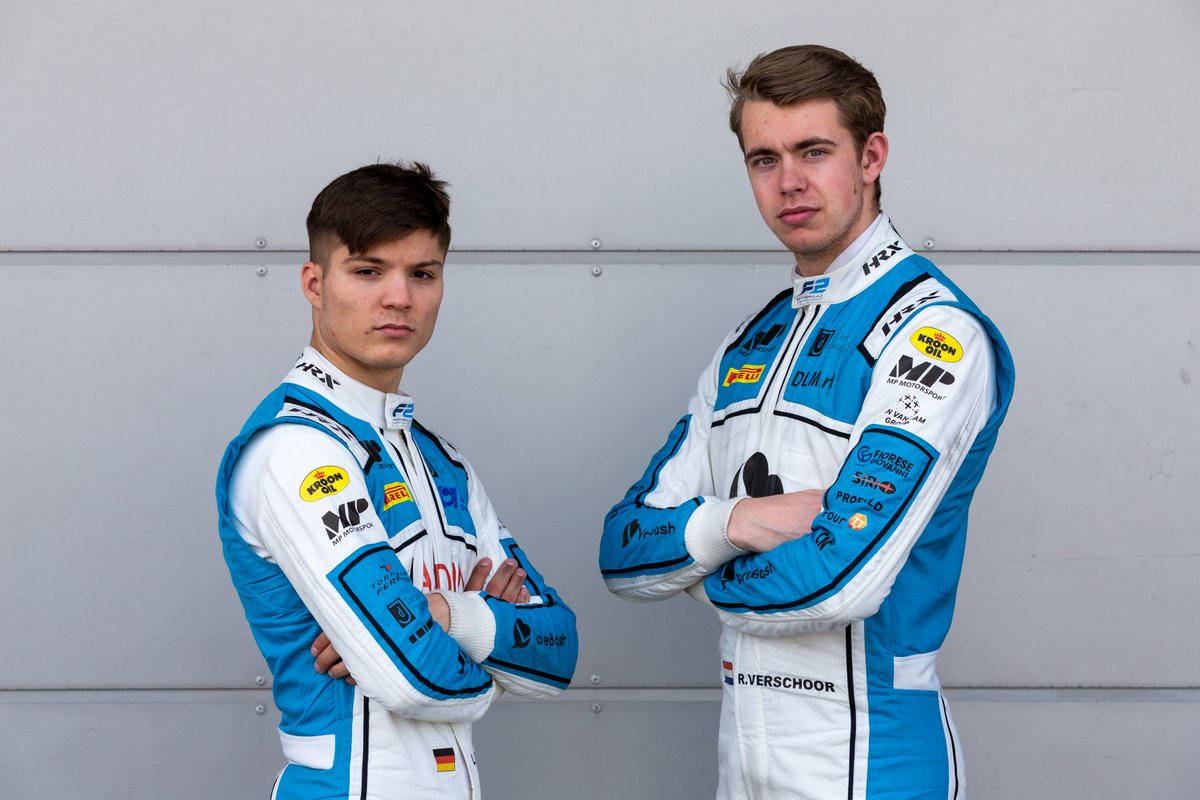 MP Motorsport has announced that Richard Verschoor will step up to Formula 2 for this weekend’s season opener at Bahrain to complete its line-up alongside Lirim Zendeli.

Verschoor (right) will occupy the #11 car for the first three races of the season following the impressive job he did in the team’s Dallara F2 2018 when he was called up to drive it for pre-season testing at the circuit a few weeks ago.

The Dutchman was the 14th fastest driver in the test, and an impressive 10th place on long run pace that put him ahead of fellow FIA Formula 3 Championship graduate Zendeli.

“It’s happening. It’s race week! So grateful for this opportunity. Ready to hit the track with MP Motorsport in the Formula 2 series,” said Verschoor.

“Can’t believe it’s happening. It will not be easy but definitely ready to push with the MP crew.”

For the past two years Verschoor has been racing in FIA F3 for MP, with his only win in the series actually coming in the non-championship F3 World Cup in 2019 where he won the Macau Grand Prix.

He also raced in FIA F3’s predecessor GP3 for the team, picking up a podium on his sixth start, and that same year came agonisingly close to winning the Toyota Racing Series title with M2 Competition after winning six races out of 15.

Verschoor’s winning form was evident at the start of his single-seater career, actually debuting in car racing with MP in Formula 4 back in 2016. That year he dominated the North European Zone and Spanish championships, and also made his first starts in Formula Renault 2.0 where he was an immediate winner.

That FR2.0 cameo was to warm up for a move to the FR2.0 Eurocup and Northern European Cup with MP, and he picked up one win in the latter series as a rookie. He switched to Josef Kaufmann Racing for his second season in the category but struggled until leaping into MP’s GP3 line-up at the end of the year.

Also racing in F2 this weekend on a one-round deal is Verschoor’s fellow Dutchman and FIA F3 graduate Bent Viscaal, who will be driving for Trident.