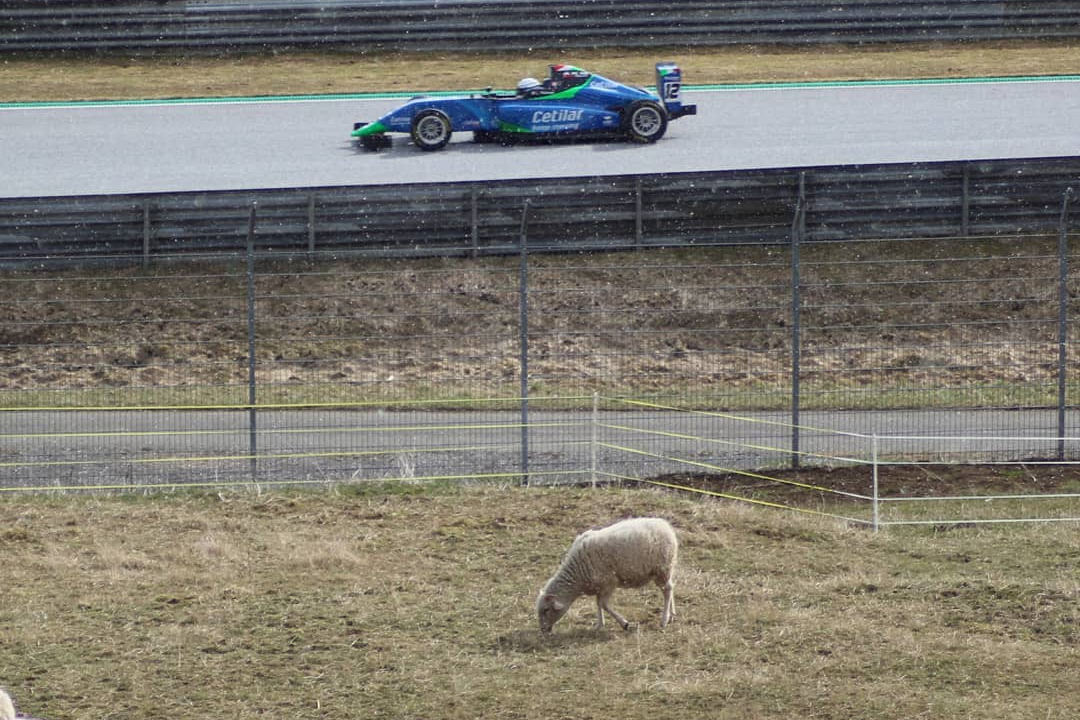 Snowfall was the big talking point for ADAC and Italian Formula 4 teams testing at the Red Bull Ring on Tuesday, as track time was slashed.

Rather than a lengthy session in the morning and then another in the afternoon, there was only two hours of running in the middle of the day as teams waited all morning for overnight snow to melt (or to be used to make pitlane snowmen).

The air temperature also remained at a chilly 2°C until warming in the afternoon, by which point the test had wrapped up after snow also inflicted Monday’s running.

US Racing’s drivers were first to the top of the timesheet in the shortened second day of testing, with Tim Tramnitz laying down an early 1m33.259s benchmark before Jenzer Motorsport’s Santiago Ramos bettered him a with a 1m32.963s.

Prema’s Sebastian Montoya was next to go fastest with a 1m31.932s and he remained there until Eron Rexhepi (BVM Racing) hit trouble and caused a red flag.

The session restarted and Jenzer’s Francesco Braschi brought the pace down to a 1m31.682s, a target for his team-mate Ramos to beat 10 minutes later.

No other driver could get close to Ramos’s new 1m31.191s benchmark, including himself, until the final 10 minutes when Monday pacesetter Ollie Bearman became the first driver to break into the 1m30s.

The Van Amersfoort Racing driver was 0.234s faster than Ramos, with the next 19 drivers all within a second of the pace.

Polish karter Kacper Sztuka was third fastest for AS Motorsport, but is yet to sign to race with the team, with Nico Rosberg’s protege Taylor Barnard (BWR Motorsports) and Leonardo Fornaroli (Iron Lynx) completing the top five.

Charlie Wurz, another who is currently racing in karting, was 14th fastest for Prema and ahead of two of its signed drivers.