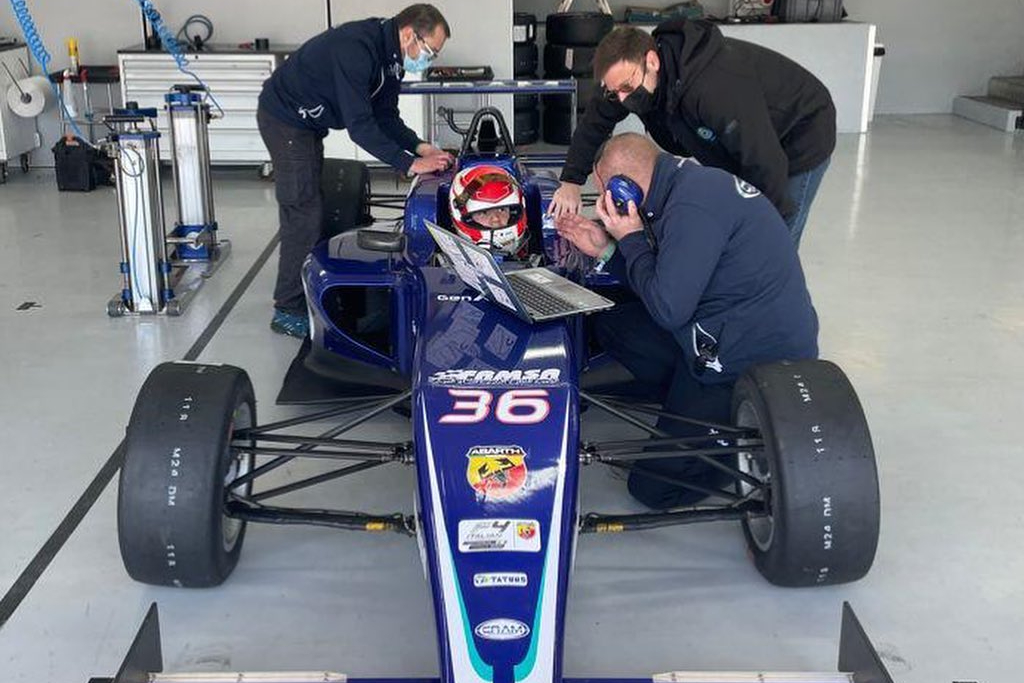 A private test at Paul Ricard for Formula 4 teams got underway on Thursday, attracting 40 cars and breaking news.

The first news was the announcement that Moroccan Suleiman Zanfari would join Cram Motorsport part-time in Italian F4 alongside his Spanish championship campaign.

Paul Ricard is where the Italian F4 begins on May 14-16, and many used the test to formalise deals with teams for the season.

Next to reveal their Italian F4 participation was R-ace GP’s Sami Meguetounif, already confirmed to do ADAC F4, and his team-mate Victor Bernier will also be racing at Paul Ricard.

Eron Rexhepi then finally had his deal with BVM Racing confirmed, with the same going for Kacper Sztuka at AS Motorsport although it’s unclear if Sztuka will do the full season.

The test began with Prema’s Kirill Smal setting the pace in the first of four sessions, setting a 2m04.856s that put him 0.354 seconds clear of Iron Lynx’s Leonardo Fornaroli.

Sauber’s 14-year-old junior driver Christian Ho was in action for AKM Motorsport, while Spanish F4 racer Alex Partyshev was out with R-ace in place of British F4-bound Marcos Flack.

Sebastian Montoya (Prema) set the day’s fastest lap in session two, 0.049s faster than Bernier who had been 39th fastest out of 40 drivers in session one, and the top 18 drivers were covered by a second.

Partyshev, US Racing’s Tim Tramnitz and Jenzer Motorsport’s Samir Ben failed to improve on their session one times, with the latter two revealed to be joining Italian F4 for the first round.

Fornaroli improved in ninth place overall by topping the first afternoon session, as Tramnitz leapt up the order and Ben also bettered his session one best. The only others to improve were Sztuka and Cram’s Vittorio Catino.

Smal returned to the top in the final session by a tenth over Fornaroli, and this time the top 22 were spread by one second. Bence Valint (Van Amersfoort Racing), Jonas Ried (Mucke Motorsport), Pedro Perino (DR Formula) and Ben all got faster.