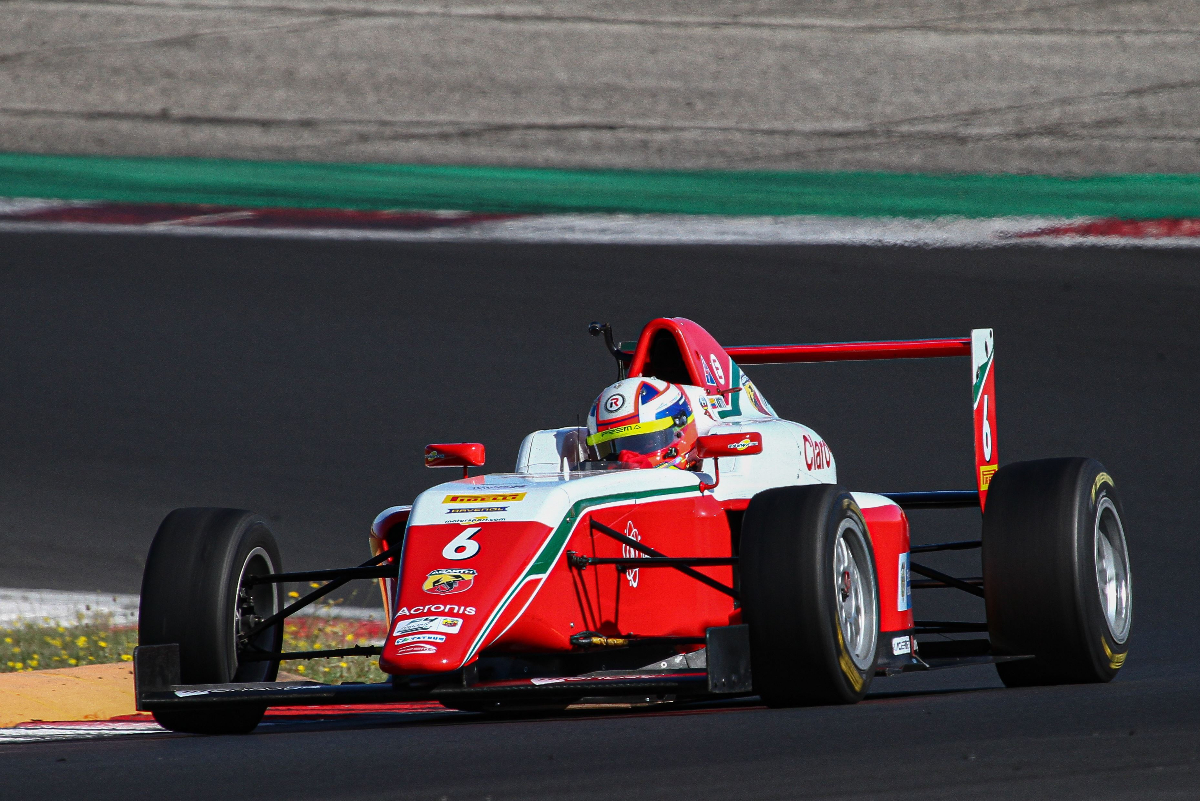 Prema’s Sebastian Montoya set the pace on day of Italian Formula 4 testing at Imola, as rival Leonardo Fornaroli ended the day in the gravel.

Fornaroli set the fastest lap of the four-hour Thursday morning session by 0.072 seconds over Montoya, and was 0.119s slower than him in the afternoon before he brought the day to an end six minutes early by going in the gravel at turn four.

It was a relatively incident-free day, with Montoya’s team-mate Kirill Smal initially setting the morning pace. Montoya took over at the top at the end of the first half-hour, and towards the middle of the morning there was trouble for Mucke Motorsport’s day one pacesetter Joshua Duerksen as he stopped on track.

Fornaroli then bettered Montoya by a small margin with 74 minutes to go, and the top two didn’t improve thereafter.

Duerksen and Smal were third and fourth fastest, while Jenzer Motorsport’s Santiago Ramos was late to set a fast lap but he managed to slot into fifth place.

Fornaroli headed Conrad Laursen (Prema), Piotr Wisnicki (Jenzer), Montoya and Ramos through the first half of the afternoon session, with a brief full course yellow period just before the halfway mark as BVM Racing’s Leonardo Bizzotto stopped on track.

The pace didn’t improve for Foronaroli after that, but only Montoya bettered him. It was his morning benchmark that put him second overall in the day’s timesheet, with the only other change near the top being Jenzer’s Francesco Braschi demoting Ramos from fifth.

Maceo Capietto was seventh for Prema, and Formula Scout has learned he could race for the team at Imola. Team-mate Charlie Wurz is also understood to be lining up an ADAC F4 debut.

The Henry Morrogh Racing School fielded its team principal Giovanni Ciccarelli, who was several seconds off the pace.

From F3 to rallying elite: Takamoto Katsuta’s route to the WRC podium