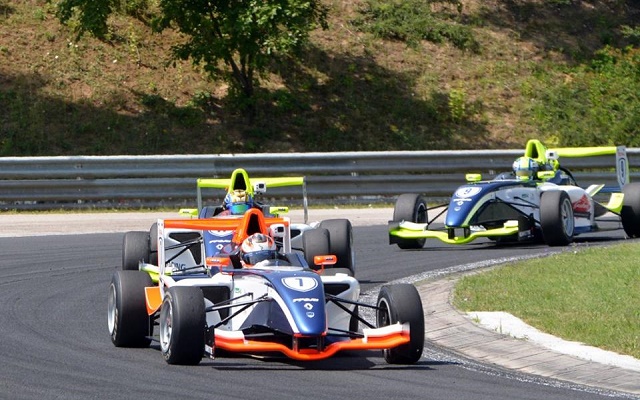 French F4 championship leader Valentin Moineault controlled the final race of the Magny-Cours round for his fifth win of the campaign.

Yet things weren’t looking settled for Moineault after the start as he found himself under pressure from Sacha Fenestraz and couldn’t gain ground on the rest of the peloton.

And even though Aubry soon took over in second place, he couldn’t close in on the race lead, remaining around a second off for the rest of the distance.

Behind them, Julien Darras cleared Fenestraz with a dive into the Lycee pin to pick up the final podium spot.

Fenestraz then had to keep Kami Laliberte at bay to salvage fourth place.

With Louis Gachot and Hugo Sugnot-Darniche tangling late on while fighting for ninth, the last two spots in the top ten went to Michael Benyahia and Alex Sedgwick.