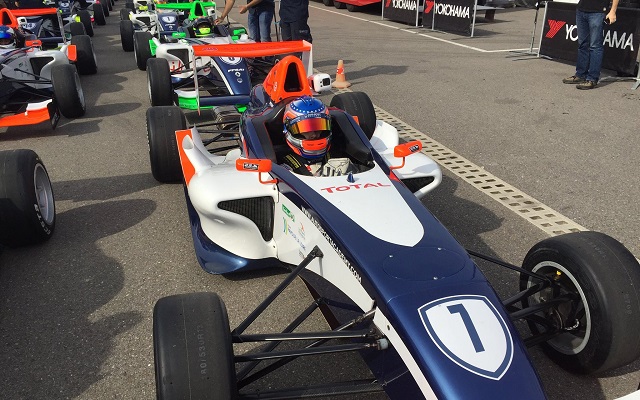 Valentin Moineault will start the first and third races of the final French F4 round of the season at Paul Ricard from pole position after narrowly beating rival Sacha Fenestraz in qualifying.

The championship leader set his benchmark time early in the session and maintained a gap of 0.043s after a late improvement from Fenestraz, who sits second in the standings with an outside shot for the title.

Gabriel Aubry, the third driver with mathematical chance to become champion, will start both races from third and will share the second row with Simo Laaksonen.

Louis Gachot ended up fifth, followed by Reuben Kressner, who edged out the trio of Alexey Korneev, Giuliano Alesi and Axel Matus by less then a tenth to secure sixth.

The grid for race one, determined by the second-best times, will see an unchanged top four followed by Alesi, Kressner, Korneev, Matus and Gachot.

Similarly to the Magy-Cours round, the field welcomes two French debutants in 15-year-old Hugo Chevalier and Theo Coicaud, who took tenth and 18th respectively for both races.