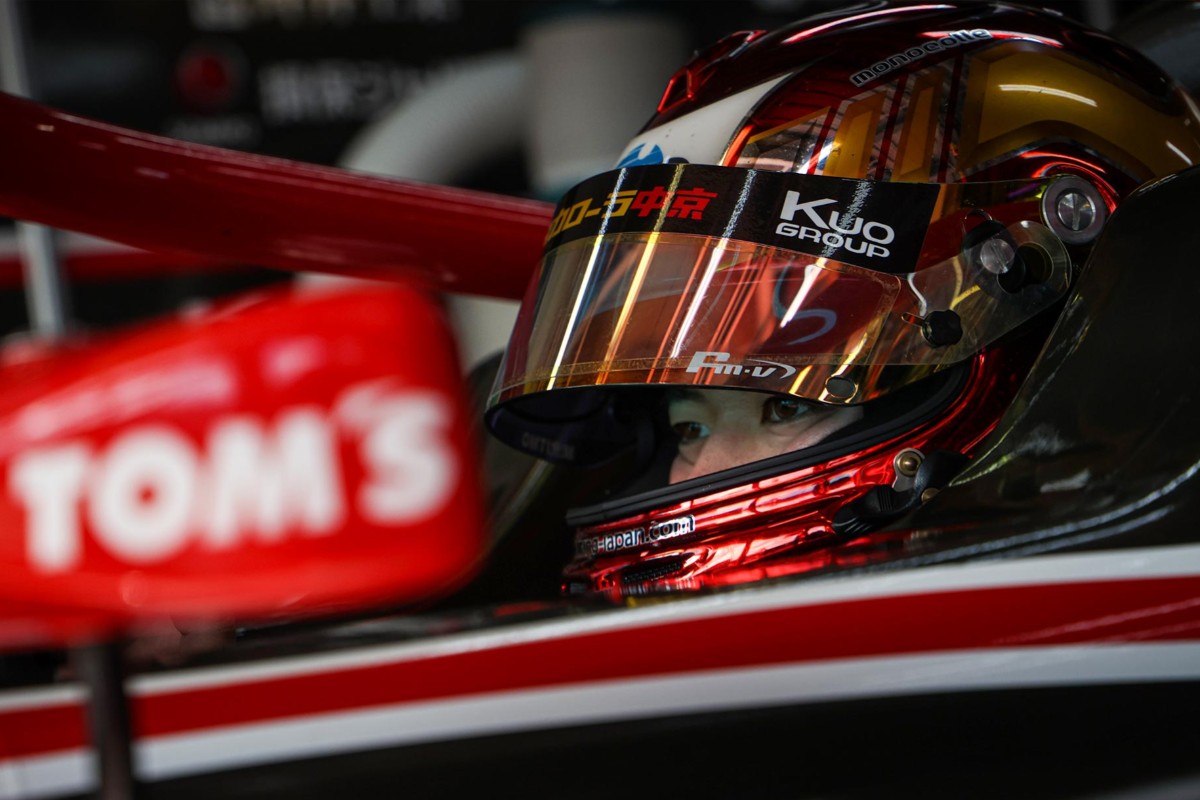 Ritomo Miyata believes the challenge of doubling up in Super Formula and the supporting Super Formula Lights last month will help him in his full season in the latter.

The Toyota junior leads the SF Lights points at the championship’s halfway mark, with six wins from the first eight races.

During the second round at Okayama he also made his SF debut with TOM’S, the same team he races for in the F3-level SF Lights series, and finished in ninth after qualifying a surprise second and topping the first two segments of qualifying.

“I felt it was very difficult to switch from SF to SF Lights, because SF Lights has lower downforce, engine power, tyre grip.”

Miyata’s SF debut came about because usual TOM’S driver Kazuki Nakajima was in quarantine as a coronavrius precaution after racing in Europe, and his only previous experience in the Dallara SF19 was last year’s post-season rookie test.

“The team target was to get to Q3. I didn’t think I could drive that fast in qualifying, since my last Super Formula drive was last year at the rookie test.”

That assessment changed after topping his group in Q1 and doing the same in Q2.

“My Q2 best time was the fastest [of anyone] in qualifying. I felt if I could have driven like in Q2 [in the pole-deciding Q3] I could have got pole position.”

His SF Lights results that weekend didn’t suffer, with pole and fastest lap in both races held and victory in race one.

“I learned that in Super Formula, I cannot win the race with only speed. I felt that the important things are the start, the pitstop timing and the race pace. I learned set-up and driving from being in SF. It is useful for SF Lights [this year].”

Alongside winning back-to-back Japanese Formula 4 titles, Miyata steppped up to SF Lights (then Japanese F3) in 2017 and finished fourth in the points in his rookie season. He was title runner-up in the two years after, prompting speculation he would step up to SF for 2020 when reigning champion Nick Cassidy was late to commit to the season.

Toyota instead rewarded the now-21-year-old with a Super GT drive in one of its factory-supported teams to go alongside his SF Lights campaign, and he is currently 15th in a so-far difficult first season.

Cassidy is now confirmed to be moving on from SF for 2021, with one of Kondo Racing’s drivers set to take his TOM’S seat and Miyata expected to land a full-time promotion with one of the Toyota-powered teams.

“I hope to step up to Super Formula [in 2021]. I could drive fast at Okayama. I think I can fight in this category,” added Miyata.