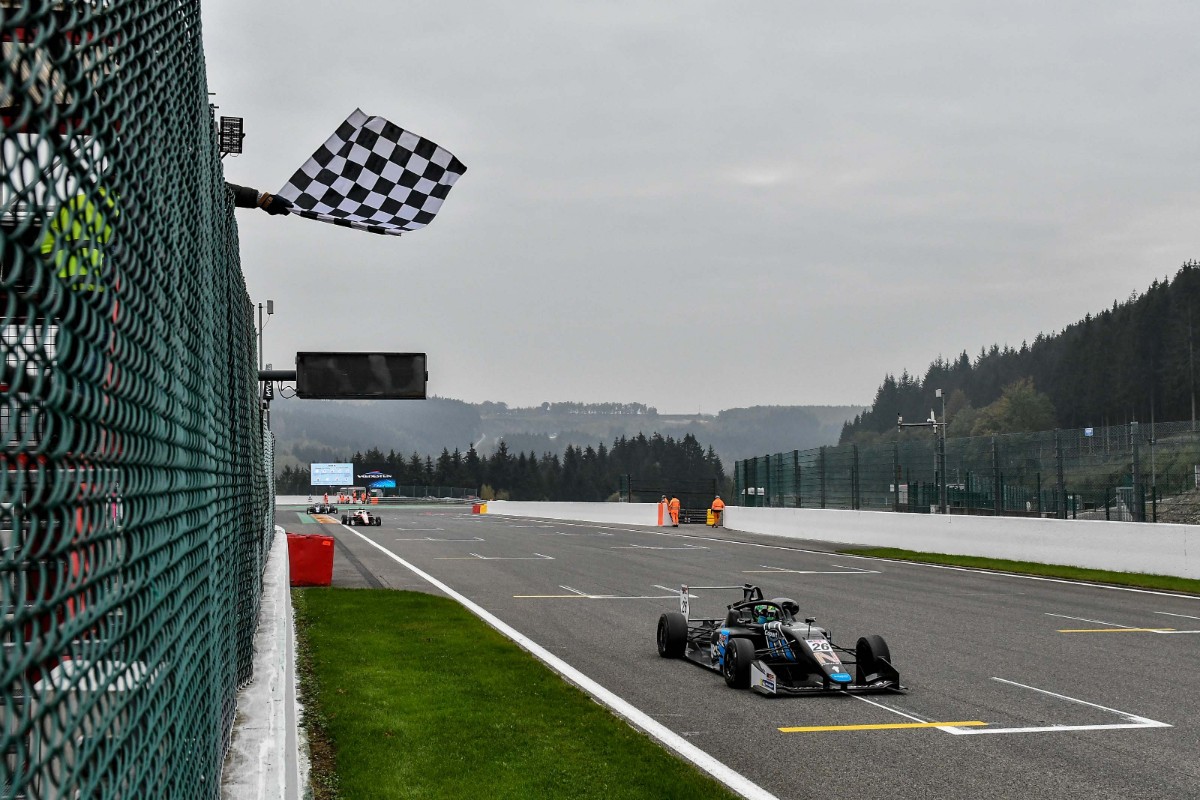 BRDC British Formula 3 title contender Louis Foster will remain in Euroformula with Double R Racing for the Barcelona season finale after winning in his debut weekend at Spa-Francorchamps.

The 17-year-old Briton is currently fourth in the British F3 points with Double R ahead of that series’ season finale, and is 13th in the Euroformula points after his three races at Spa earlier this month.

While a free practice curtailed the preparation for his continental racing debut, he ended up picking up a seventh place and a win, and qualified in the top five twice. He it set to be Double R’s sole entry for the Barcelona round.

“I’m really excited to be back in Euroformula Open this weekend,” said Foster.

“I really enjoyed my time in Belgium, I learnt a lot and got myself up to speed quite quickly. It’ll be another new track for me which I’m also really excited about as the Circuit de Barcelona-Catalunya looks like a fun circuit to drive.

“Coming into the weekend with the experience of Belgium will really help and I’ll be aiming to build on what we achieved at Spa. As always, a huge thank you to Double R Racing for the opportunity and all of my sponsors for their support in helping to make it possible.”

As a result of the cancellation of the Jarama round in November, this weekend’s fixture at Barcelona will incorporate four races and act as the season finale, offering the opportunity for Foster to earn FIA superlicence points by jumping up the championship standings.

Carlin will increase its line-up to three cars for Barcelona, with one of its former F3 drivers expected to join Zane Maloney and Ido Cohen at the squad.