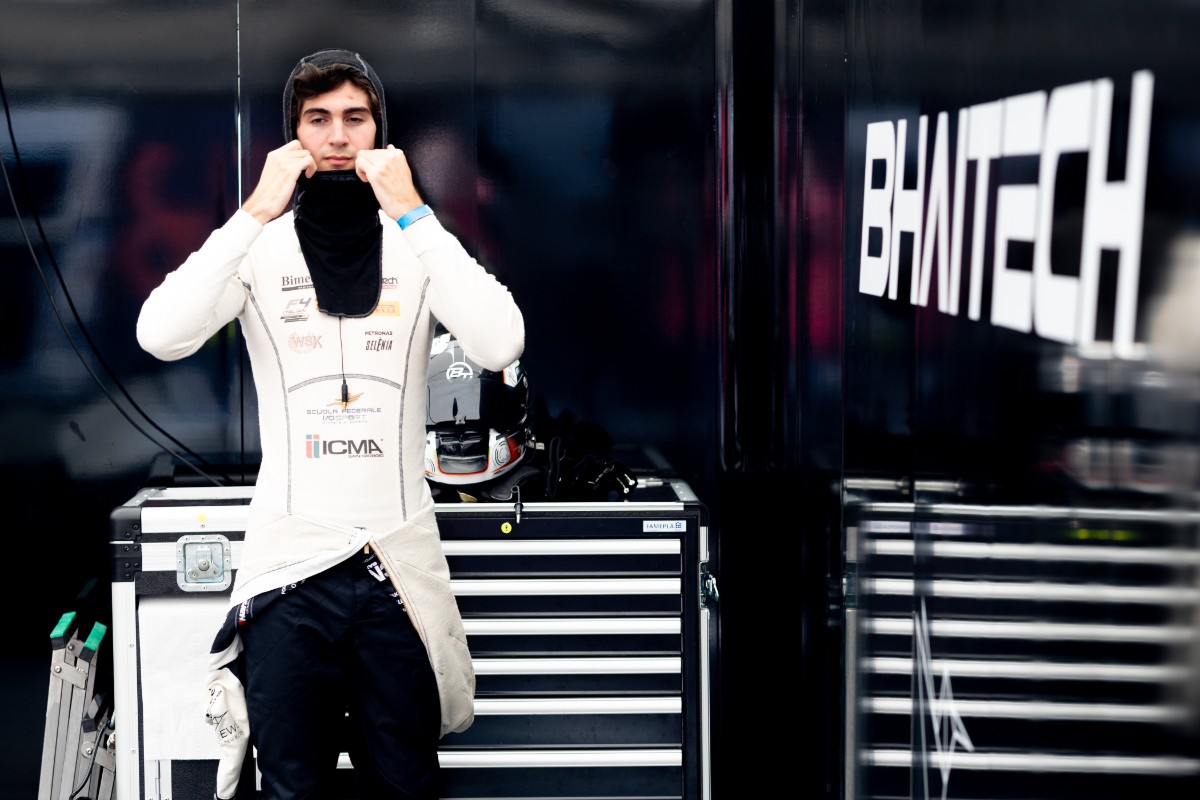 Spa’s coronavirus precautions included everyone entering the facility providing evidence of a negative test result within the previous 72 hours, as well as daily temperature checks.

During Colombo’s polymerase chain reaction (PCR) test, which takes samples from inside the nose and throat, the Italian ruptured a vein in his nose.

While he was able to contest Wednesday’s pre-event test and free practice session, where he was an encouraging fifth and fourth on the timesheet, he then missed Thursday free practice and then did not return to track after that day’s qualifying session due to continuous bleeding from his nose.

“Unfortunately I had to withdraw from the Spa-Francorchamps event,” said Colombo.

“After my COVID-19 test my nose started to bleed consistently everyday and I didn’t feel safe to race. I went to the hospital and had an operation to solve this issue.

“It’s a shame for the team as we could have scored good points but health comes first. I’ll be back ready for Imola.”

The 20-year-old has had a testing third season in the Eurocup and currently sits eighth in the points after returning to the team that ran him to third in the Italian Formula 4 points in 2017.

He has only made the podium once, in the first race at the Nurburgring, having finished fourth in the points and claimed three wins with MP Motorsport last year.

Colombo described his most recent races at Barcelona as “frustrating”, claiming “the pace was totally missing when it counted” and that a lack of grip on new tyres left him way down the grid and with a best finish of ninth.

After encouraging pre-season test pace, Colombo’s team-mates have also struggled and only one of them has finished a race in the top 10.