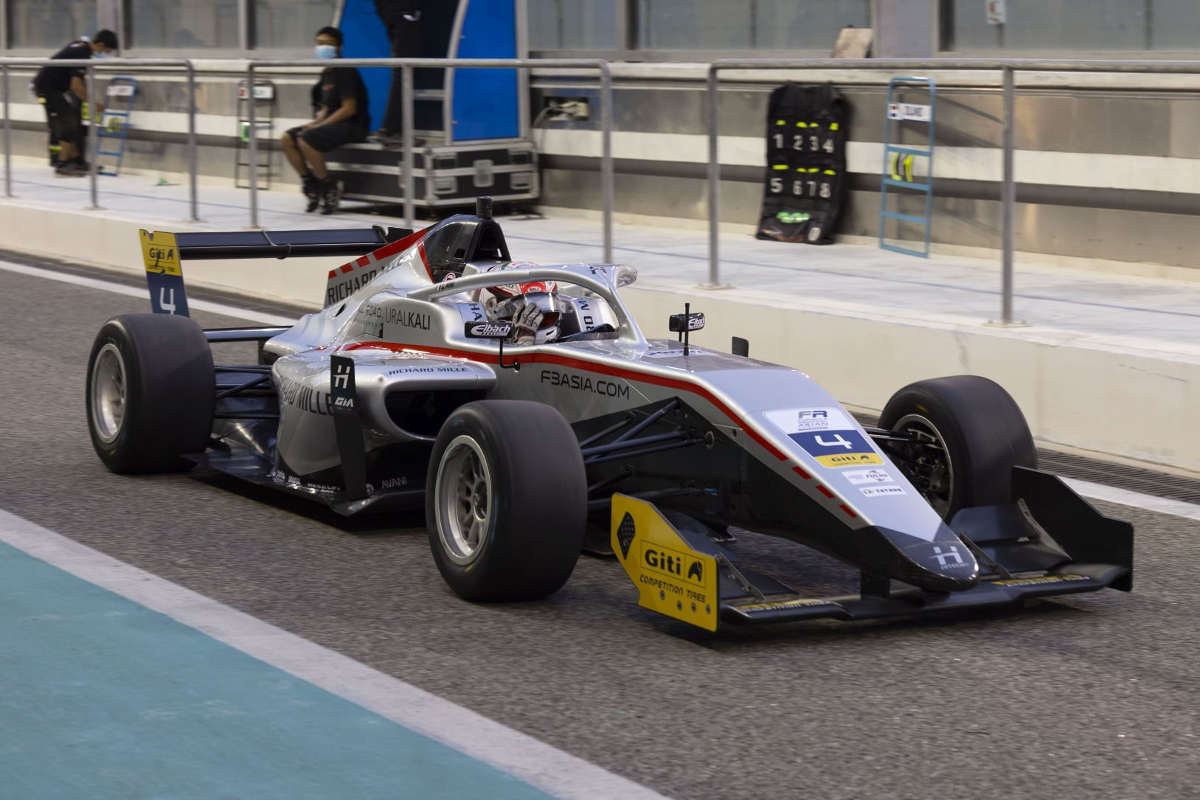 Evans GP’s Cem Bolukbasi stalled from 10th on the grid and was collected by Amna Al Qubaisi and Salih Yoluc, who had shared the 12th row of the grid.

After a lengthy red flag period to recover the damaged cars, the race was restarted behind the safety car with 27 minutes remaining.

The safety car was withdrawn after three laps, with Mini leading the field for Hitech GP. The 2020 Italian Formula 4 champion pulled over three seconds clear of Abu Dhabi Racing by Prema’s Jak Crawford. The top two remained the same until the finish, with Mini taking victory by 2.659s and the championship lead.

Isack Hadjar applied early pressure on fellow Red Bull junior Crawford for second.  He tried a move into the turn six chicane, but was passed around the outside of turn nine by race two winner Gabriel Bortoleto.

After wrestling back third into turn six on the next lap, Hadjar finished 0.5s behind Crawford to complete a double podium for Hitech.

Race one winner Sebastian Montoya was the final points scorer in 10th for Mumbai Falcons after an exciting scrap with David.

Ten drivers were placed under investigation after the chequered flag fell, including Fluxa, David and Montoya.