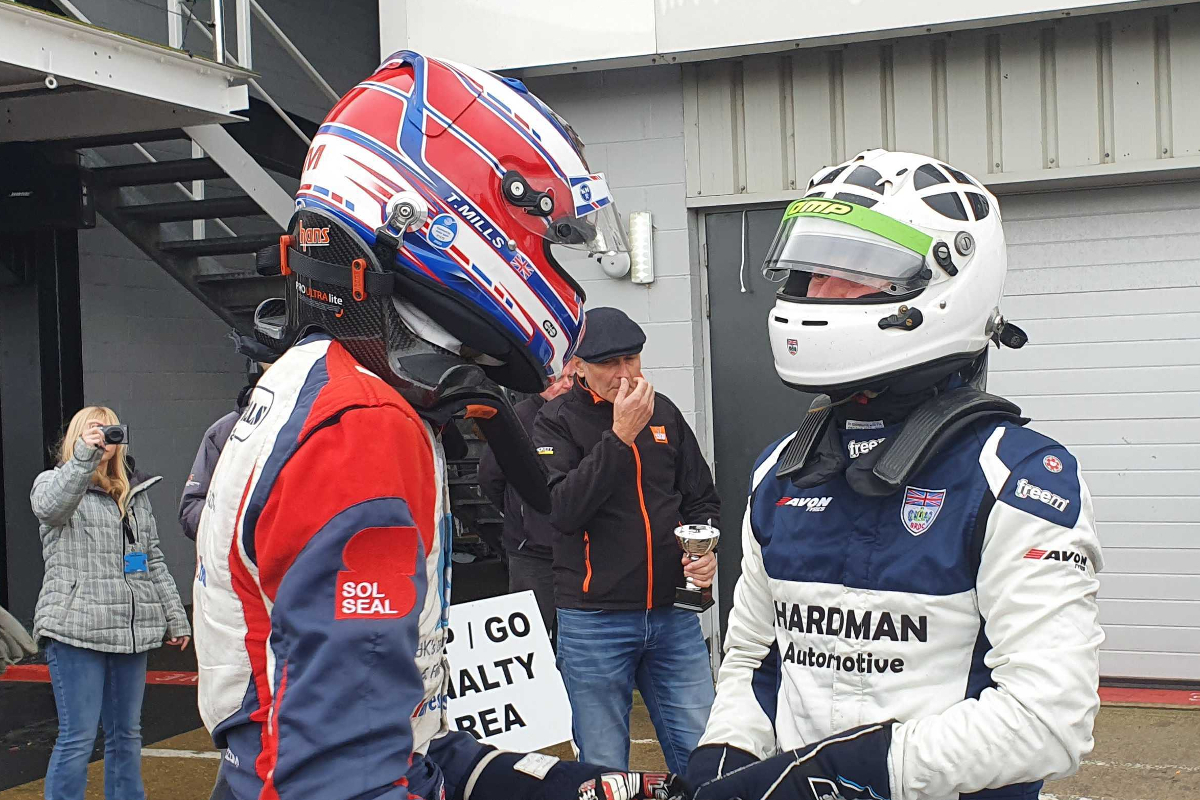 Kevin Mills Racing’s Tom Mills has spoken about the penalty that cost Max Esterson victory and moved Mills up to fourth in the Walter Hayes Trophy.

Esterson led the final from start to finish to win the event for the second year in a row on-the-road, and rack up nine consecutive Formula Ford 1600 victories having won his heat, semi-final and the final at the 2021 WHT as well as this year’s FFord Festival and WHT.

But on lap eight of 15 in the final, Esterson ran deep at Brooklands and then over the kerb approaching Luffield. That sent him into the path of Mills, who had got alongside him exiting Brooklands, and left Mills with nowhere to turn. The rear end of Esterson’s car swung out and there was contact, Mills went into the gravel and dropped to sixth, while Esterson continued up front.

Mills recovered to fifth, and after the finish an appeal of the race result was lodged with the clerk of the course. As Esterson and his Ammonite Motorsport team were at the podium celebrations, it was over 25 minutes into proceedings before Esterson was able to join to present his case.

Eventually he was penalised 4.5 seconds, dropping him just behind Mills in the race results. An appeal was then lodged against the penalty, and was heard by the stewards. They did not accept it, and two-and-a-half hours after the race finish it was confirmed the clerk’s decision would stand and therefore Don Hardman Racing’s Joey Foster would win the WHT for a record fourth time.

Foster had already left Silverstone, but Mills spoke to Formula Scout about the incident and subsequent penalty upon leaving the stewards. Esterson and his team boss Andy Low declined to comment.

“Max left me no room through Luffield. I would have ended up in the lead if he’d left me space, the grip’s on the outside. So I think the decision is fair by both the Clerk and the stewards,” said Mills.

“At that point [in the corner] it was quite clear he was coming into me so at the actual point of contact I had started coming out of it [the overtake attempt] and he still left me no room. But we went into the corner with my wheels ahead as he just slid and put me in the gravel.

“I would say it probably was stressful for Max [being in race control for 2.5 hours] because he has a race win on the line whereas for me it’s just fifth to fourth so it’s not that important. Whenever you are in there it’s not nice.”

The result is not final, as Esterson’s appeal will be heard in Motorsport UK’s national court of appeal.

“I feel like I had the pace to win it,” added Mills, pleased to be competitive on his FF1600 return. “If I’d got past Max I think I would have been able to hold him off. You saw how hard it was for Joey to get past Max later.”