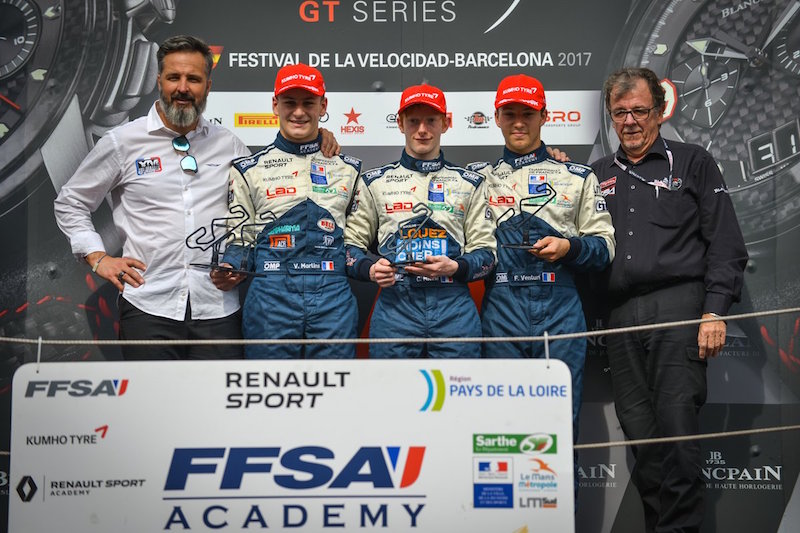 Charles Milesi was a double winner in French Formula 4?s trip to Barcelona as Victor Martins claimed the championship lead with one round remaining.

Milesi took his first poles of the season in qualifying, and immediately lost that advantage at the start of the first race to Victor Martins.

It took a few laps for the poleman to retake the lead, and once ahead he did kept Martins at arms length for his third victory of the season.

The second race crowned a new victor in Jean-Baptiste Mela, who had a relatively easy run from reversed grid pole.

Thomas Druet and Christian Munoz had been battling for second, but a crash between the pair put both out of the race, handing the remaining podium positions to Rougier and Ugo De Wilde.

Martins finished fourth, ahead of Chevalier and Milesi, who spent part of the race outside the top 10.

Milesi was back on top in the third race, this time maintaining the lead at the start and remaining out of reach for the rest of the race.

Victor Martins started and finished second, although was in third for a short while after being beaten at the start by Venturi.

Venturi secured his second podium of the weekend in third after a close battle with Chevalier, with De Wilde finishing behind them in fifth.

With Milesi, who has also been competing in Formula Renault this year, not eligible to score points this weekend, Martins got a double ?victory? and is now back ahead of Rougier at the top of the French F4 standings by five points.