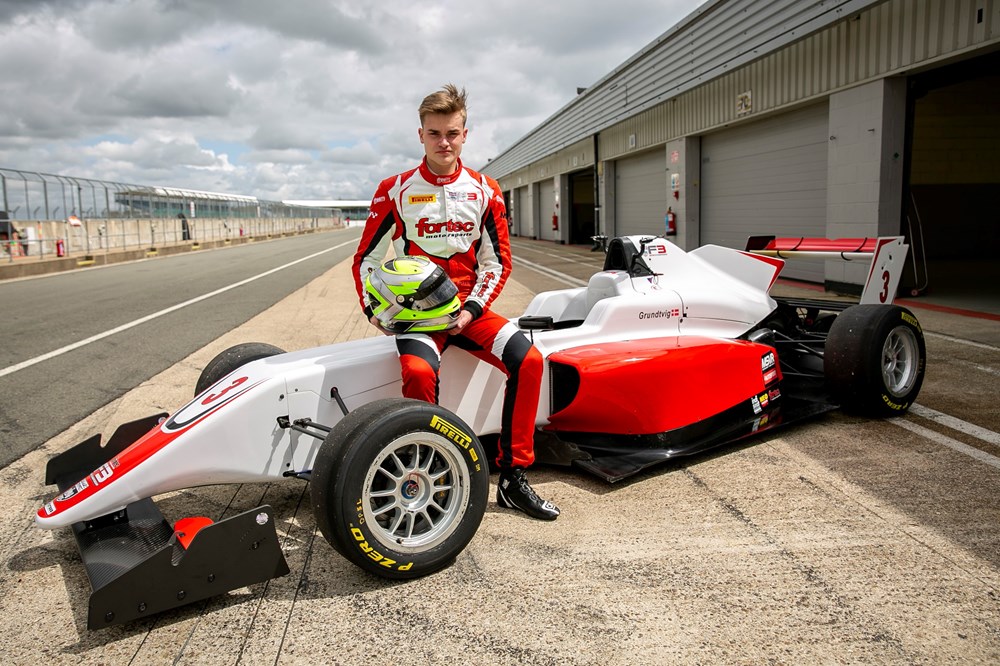 The 18-year-old first raced single-seaters in 2018 in Danish Formula 4, and won two races. He returned in 2019 and won three more as well as racing in French F4.

For 2020 he switched to sportscars in Denmark, but now returns to open-wheel cars.

“I’m really happy to be joining Fortec to race in the British F3 Championship this year, the team have a very long and successful history of developing drivers and winning championships,” said Grundtvig.

“I’ve already tested at some circuits in the UK last year and have been working on the simulator back home in Denmark.

“We have worked hard over the winter preparing for this season and I will give 100% so we can continue this success together.”

Grundtvig tested privately with the team at Silverstone last week, and then did the official pre-season test at Brands Hatch.

“We’re really pleased to welcome Mikkel to our BRDC British Formula 3 Championship team and look forward to working with him in the season ahead.

“We would have preferred to start our testing programme a little sooner, but COVID-19 restrictions have made it difficult to get Mikkel over from Denmark,” Fortec’s team manager Ollie Dutton remarked.

“So we’re going into the first race weekend with only two proper test days, but his work so far has been very encouraging and he’s integrated well into the team.”

Grundtvig’s team-mate is Roberto Faria, who raced for Fortec in British F3 and F4 last year.