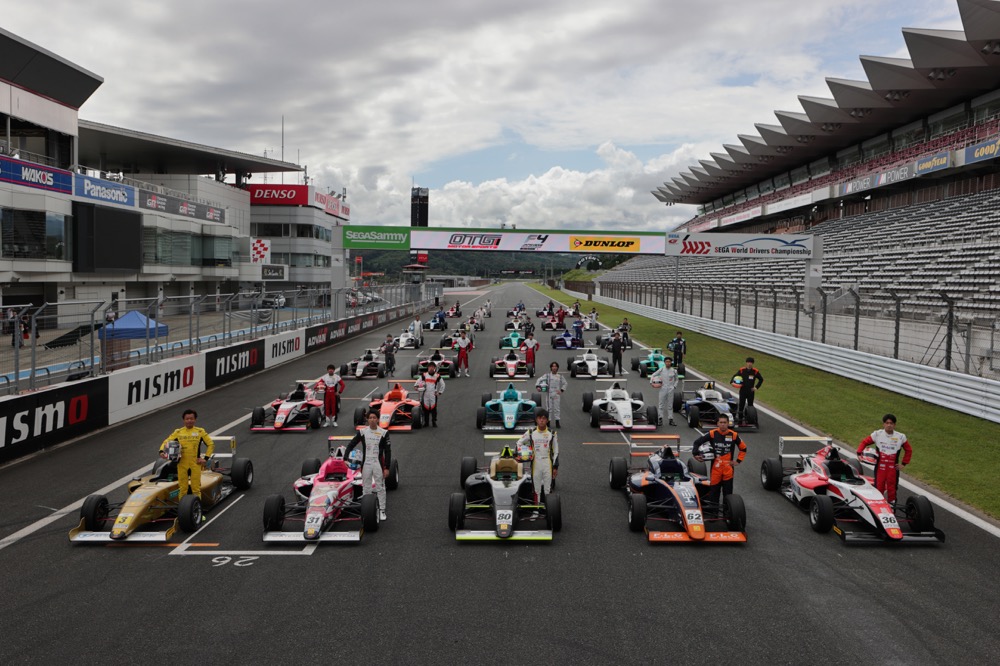 Max Salo and four Toyota juniors feature on a 33-car grid for the Japanese Formula 4 season opener at Fuji Speedway this weekend.

Since the FIA-registered series’ inception in 2015, Honda has run a four-car team and carried its juniors Yuki Tsunoda and Ren Sato to the 2018 and ’19 titles respectively.

It has also won the teams title four times from five attempts, but is absent from this year’s series. Toyota instead has its own team for 2020 under the banner of the Toyota Gazoo Racing Driver Challenge (TGR-DC) Racing School – following a restructuring of the marque’s driver development efforts across motorsport earlier thus year.

The line-up will be fronted by Hibiki Taira, who previously raced in F4 South East Asia and finished seventh in Japanese F4 last year with TOM’S. He is joined by his 2019 team-mate Seita Nonaka, who finished eighth in last year’s standings, Eijirou Shimizu and Jiei Okuzumi.

Reiji Hiraki is the highest placed returnee from last year. The 22-year-old has raced full-time in the series since 2016, but only took his first podiums in his fourth season. He finished fourth with Media Do Kageyama Racing in 2019, and has moved to the debuting Helm Motorsports – which has an average personnel age of 25 – for this year.

Both earned their drivers in on-track evaluation tests at Fuji, which the series will also visit for its season finale on November 27-29. Before then are rounds at Suzuka (October 23-25) and Twin Ring Motegi (November 6-8).