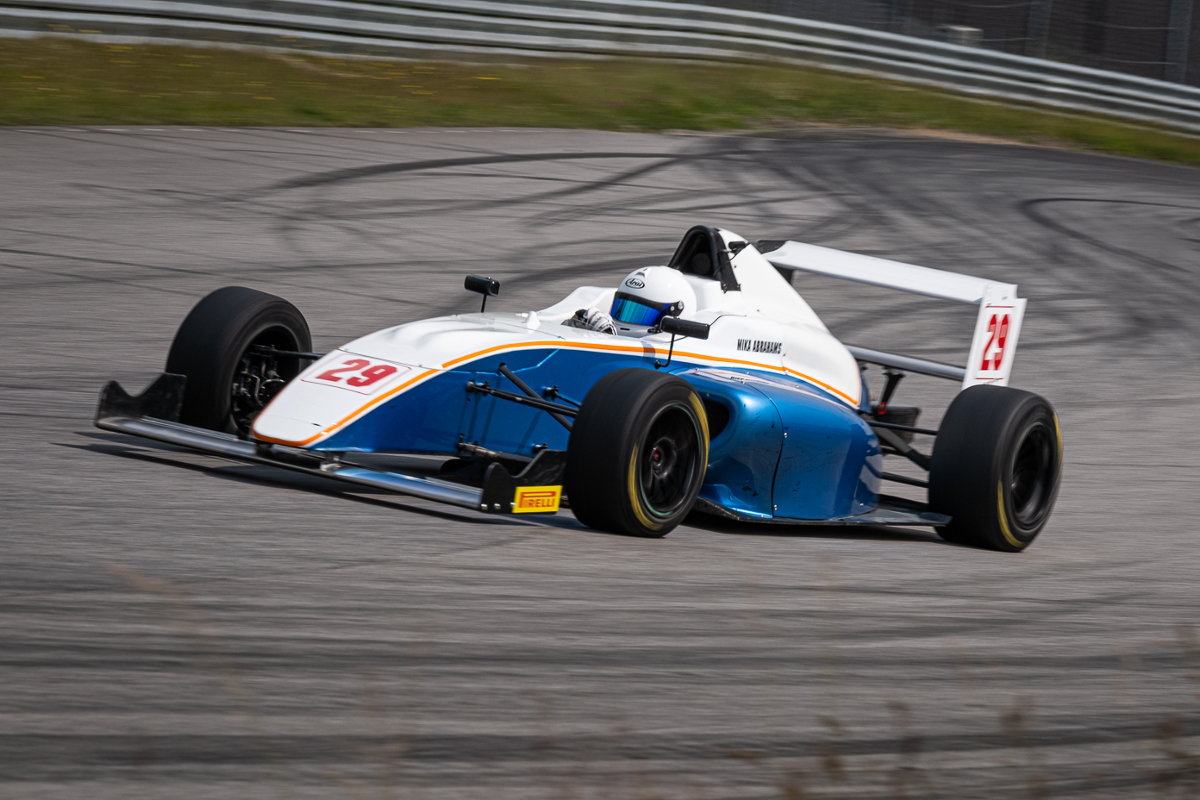 Abrahams missed round one due to not yet being the minimum age of 14, but was quickly onto the pace at Suturp as he qualified second, just 0.047 seconds behind poleman Julius Dinesen.

His first F4 start was also strong, drawing ahead of Dinesen but not able to stay ahead. Dinesen led lap one by almost half a second, and thereon slowly expanded that gap to finish 3.308s clear.

Theodor Jensen and Magnus Pedersen ran closely in their battle for third, which continued until the end of the 19th lap when the race ended. However the chequered flag should have been waved after 17 laps, and so the outcome of their fight was taken from then when Jensen had just got ahead.

Stena took the lead off the line, while there was drama for Coby who fell through the order before pitting at the end of the lap. Nielsen dropped places on lap two, allowing Dinesen through to then challenge Pedersen for second.

A messy battle then resulted in Abrahams passing instead and Nielsen getting through too, while Stena was alone up front. Series returnee William Wulf hunted him down though as the race went on, while Dinesen and Nielsen tangled just as the latter was making an overtake.

The safety car came out, after Wulf had taken the lead from Stena, and he didn’t get a chance to respond until the final lap when the track went green again. Wulf held on to take his third series win by 1.197s.

Abrahams had pole for race three, and converted it into an assured first win. Pedersen started and finished second, and Dinesen made early progress to secure third. Mads Hoe passed Wulf late on for fourth, with Wulf then losing another spot to Jensen.