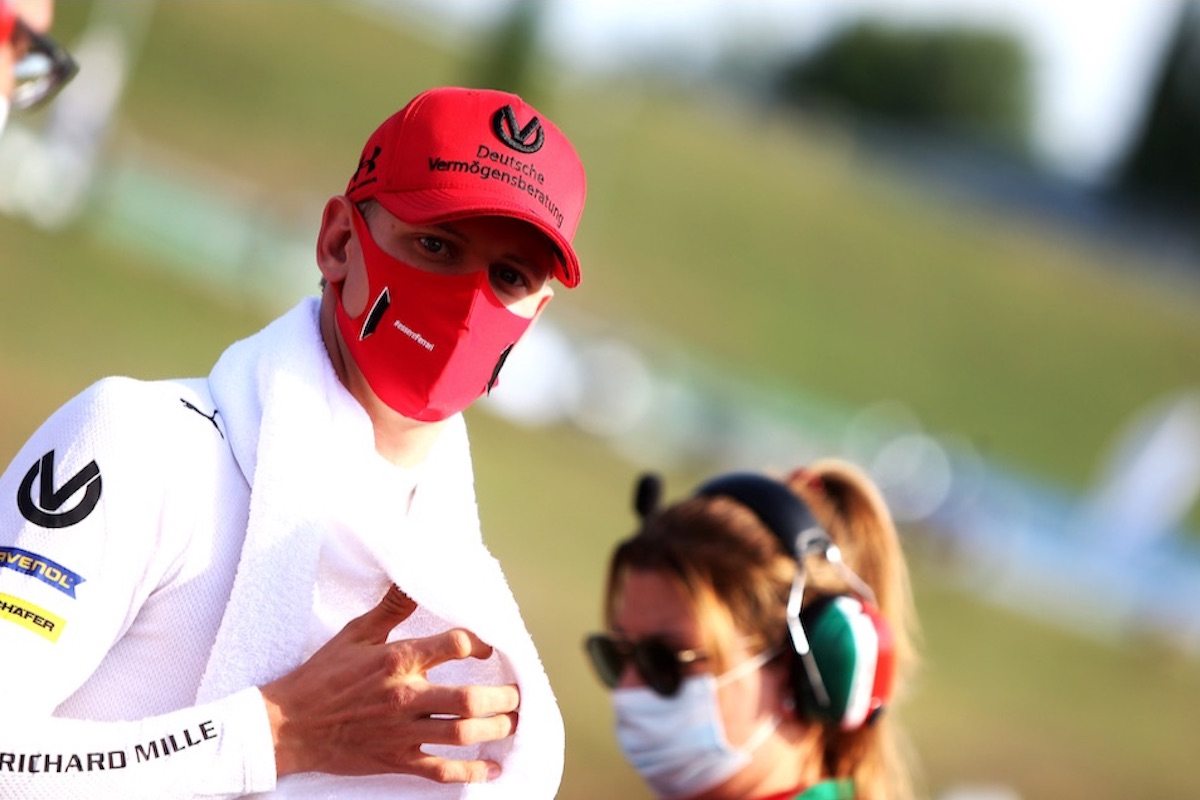 Mick Schumacher says he aims to claim back the all-time Formula 1 win record in the future as Lewis Hamilton stands on the cusp of matching his father Michael’s benchmark of 91 victories this weekend at Sochi.

Hamilton’s win tally stands on 90 having emerged victorious in six of the nine races in the 2020 F1 season so far with Mercedes and has the opportunity to eclipse Schumacher Sr’s record before the end of the year.

Ferrari junior Mick Schumacher is currently leading the Formula 2 drivers’ championship with eight podiums and one feature race win in his second year in the series.

The Prema ace matched his season’s best performance in qualifying for the Sochi feature race in third place behind a Carlin 1-2, outqualifying his main title rivals

In the post-qualifying press conference, Schumacher was asked about his thoughts on Hamilton closing in on his father’s historic record.

“Well yeah, one sentence my dad always used to say was ‘records are there to be broken’ and it’s everybody’s aim in the sport to do that,” Schumacher said.

“I think Lewis had a very, very good run. He had a very consecutive and positive run.

“Records are there to be broken and from our side, we [the Schumacher family] do see it on a good side too. It’s good for the sport, he’s been very influential in this sport too.

When Michael Schumacher retired at the end of the 2012 season, it was Hamilton who replaced him at Mercedes. Hamilton went on to win five of the next seven drivers’ championships and is currently well on course to win his seventh title in 2020, matching another of Schumacher’s records.

“Lewis coming to Mercedes after my dad left, I was at the track a few times and got to speak to him at certain moments,” he added to Formula Scout. “He’s a very busy man and I’m quite too, especially now due to COVID, it’s quite difficult to speak to each other.

“I’m focussing on myself right now, and Lewis is doing the same for him. Nevertheless, once the chance is there, it would be interesting to have a longer chat with him.”