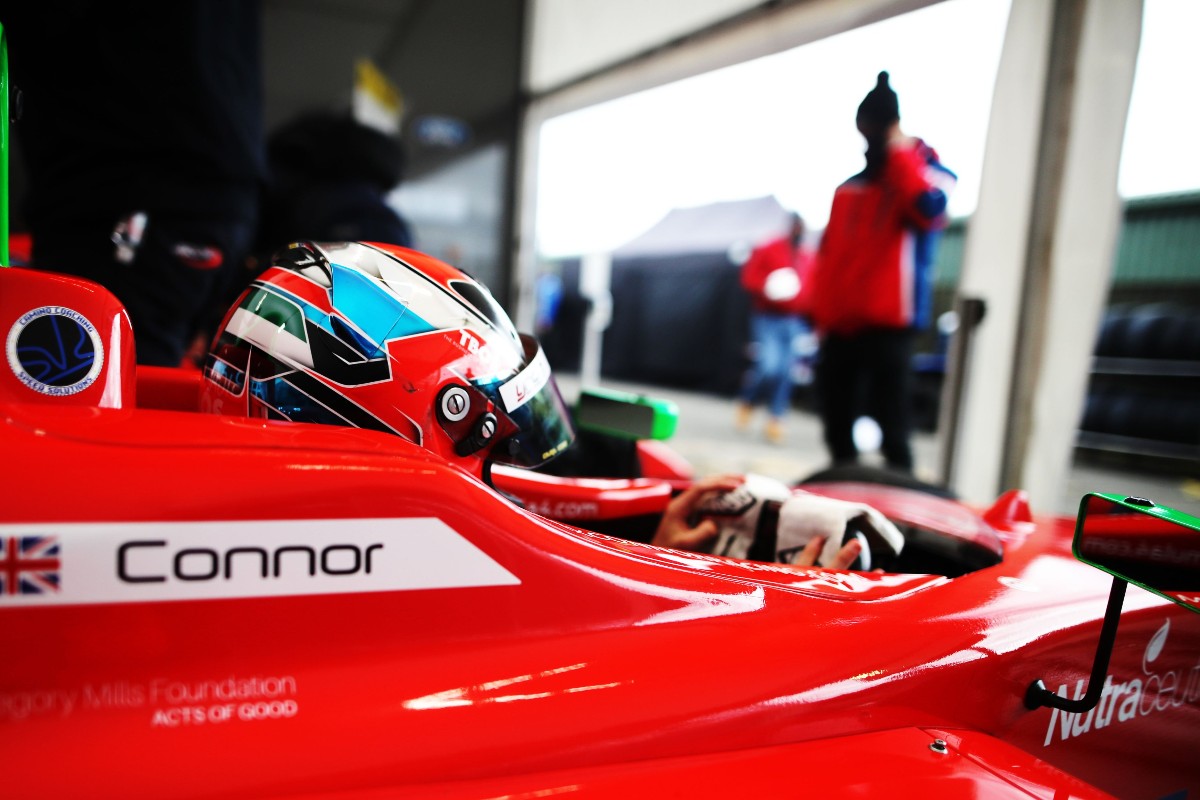 Arden’s Alex Connor narrowly beat Zak O’Sullivan to the top of the times in practice for the Silverstone round of the 2020 British Formula 4 season.

JHR Developments’ James Hedley – who was unbeaten last time out at Thruxton – was second quickest in FP1, 0.086 seconds behind Connor, while Carlin’s Zak O’Sullivan was a further 0.082s back.

The first practice session was disrupted early on as red flags were brought out to clear the stricken car of Argenti Motorsport’s Reema Juffali.

At the time, only a handful of drivers had managed a relatively fast lap, and Christian Mansell sat at the top of the order. However Mansell wouldn’t improve when the track turned green again and he ended the session in eighth.

The majority of the field improved upon their FP1 times in the afternoon. The only exceptions were Connor and Hedley, who finished third and fifth respectively in FP2 but were quick enough in the morning to come in first and fourth overall.

Nobody would be able to match Connor’s FP1 time, though O’Sullivan and Fortec Motorsports’ championship leader Luke Browning were both able to beat Hedley’s earlier lap time.