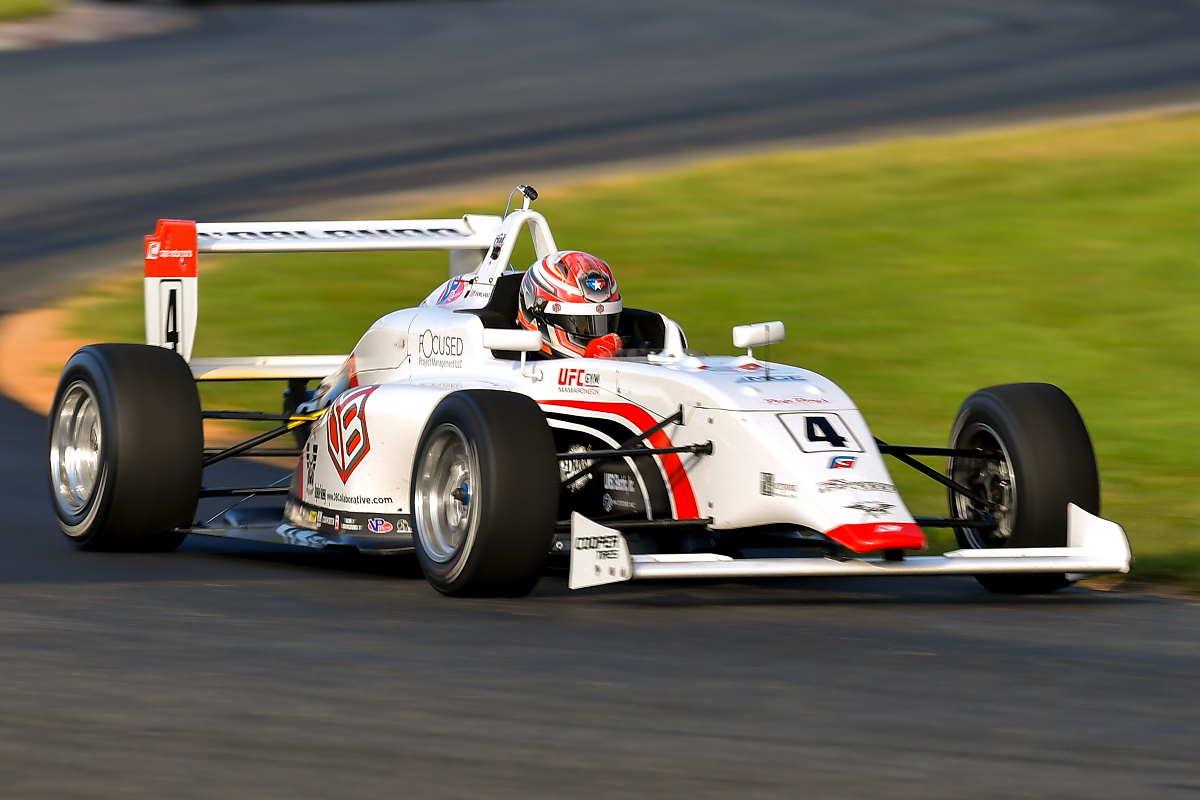 Cape Motorsports and Michael d’Orlando will go for the USF2000 title again after coming second together in 2021, while Spike Kohlbecker has left Cape for Turn 3 Motorsport.

Since teaming up two years ago, d’Orlando has won four USF2000 races and claimed five poles with Cape. The partnership continues into 2022, which will be d’Orlando’s fourth season having raced part-time for Team Benik in 2018.

He also has racing experience away from USF2000, having done a part-time campaign in United States Formula 4 in 2019, and will be able to step up to Indy Pro 2000 if he becomes champion as it would earn him a scholarship of over $400,000.

“I’ve looked in the past and it seems as though most of the drivers who win USF2000 are in their 20s, with three or more seasons of auto racing under their belts,” said the 19-year-old.

“I look at guys like Kyle Kirkwood and Oliver Askew, they did other open-wheel racing before USF2000 so I feel as though I’m right on schedule. I would have loved to move up to Indy Pro 2000, but budget constraints combined with my desire to win this championship – and the scholarship – made the decision to return this year an easy one.”

Kohlbecker drove a car last year that was co-run by Ignite Autosport, a karting programme based at the Gateway oval, and that team will now move with him to co-run his Turn 3 entry.

The 19-year-old was USF2000’s top rookie in 2021 by coming seventh in the standings, with one podium appearance, and joins Turn 3 after it claimed its maiden series win in the most recent race.

“It feels great to say ‘I’m back!’,” said Kohlbecker. “The Turn 3 team is filled with many familiar names and faces for me, so it feels like home, and racing for the Dempsey family again is a real honor.”

After that he stepped up to the Toyota Racing Series to start 2020, then down to US F4 with the same Kiwi Motorsport team and won two races on the way to third in the points.

Jay Howard Driver Development has announced junior karter Danny Dyszelski as the third of its signings for USF2000, but the 13-year-old will be too young to compete in the St. Petersburg season opener later this month.

He has known JHDD team boss Jay Howard since he was racing cadet karts, and is already set for two years in USF2000 as “this year will be all about learning the tracks, understanding how car racing works at this high level, and preparing with 2023 in the back of our mind” according to Howard.

Dyszelski’s team-mate Evagoras Papasavvas misses at least the first two rounds as a combination of being underage and a karting injury that has required surgery.