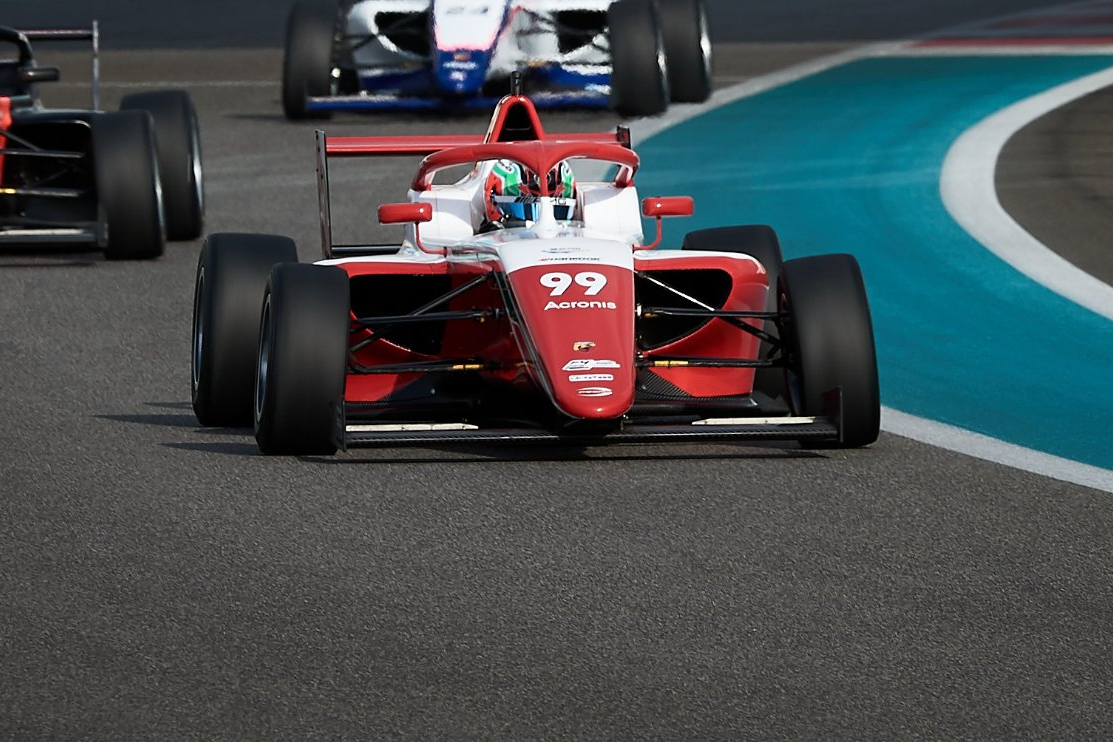 Despite one of the backmarkers initially stalling on the grid, the 25-minute race got underway with Antonelli, a late call-up for this weekend, on pole.

He led Prema stablemates James Wharton and Aiden Neate – the latter leaping from fifth on the grid – in the early stages before the safety car was brought out due to debris from a collision involving PHM Racing’s Nikita Bedrin.

On the restart, Wharton got a good run but locked a brake battling Antonelli. Shortly after, the safety car returned due to a collision between Mumbai Falcons’ Sohil Shah, now a full-season entry in his Xcel Motorsport-run car, and 3Y Technology by R-ace GP’s Nikhil Bohra – the latter being put firmly into the barriers.

The race resumed with 10 minutes remaining, and Wharton was caught napping by Neate. The pair battled into the fast turn nine (the first after F4’s start line), allowing the fourth Prema entry of Charlie Wurz into the mix, but all held position.

In the latter stages, Wurz lost fourth to MP Motorsport’s Tasanapol Inthraphuvasak. There was more contact as 3Y by R-ace’s Martinius Stenshorne was tagged by Hitech GP’s Alex Dunne, who had a slow start and proceeded to only drop further in the order. Dunne lost his front wing, while Stenshorne was left stationary. He managed to reverse and park in a safe spot, meaning the safety car didn’t return.

Out front, Wharton was denied second late on by what appeared to be a mechanical issue, and Antonelli won by a more than comfortable 5.8 seconds over Neate.

Inthraphuvasak’s move meant he rounded out the podium, ahead of Wurz and MP’s Rik Koen.

Global Racing Service’s Vladislav Ryabov was sixth, ahead of hard-charging Taylor Barnard (PHM Racing) and Xcel’s Jamie Day. While Wharton was able to get his car going again, he finished 23rd.