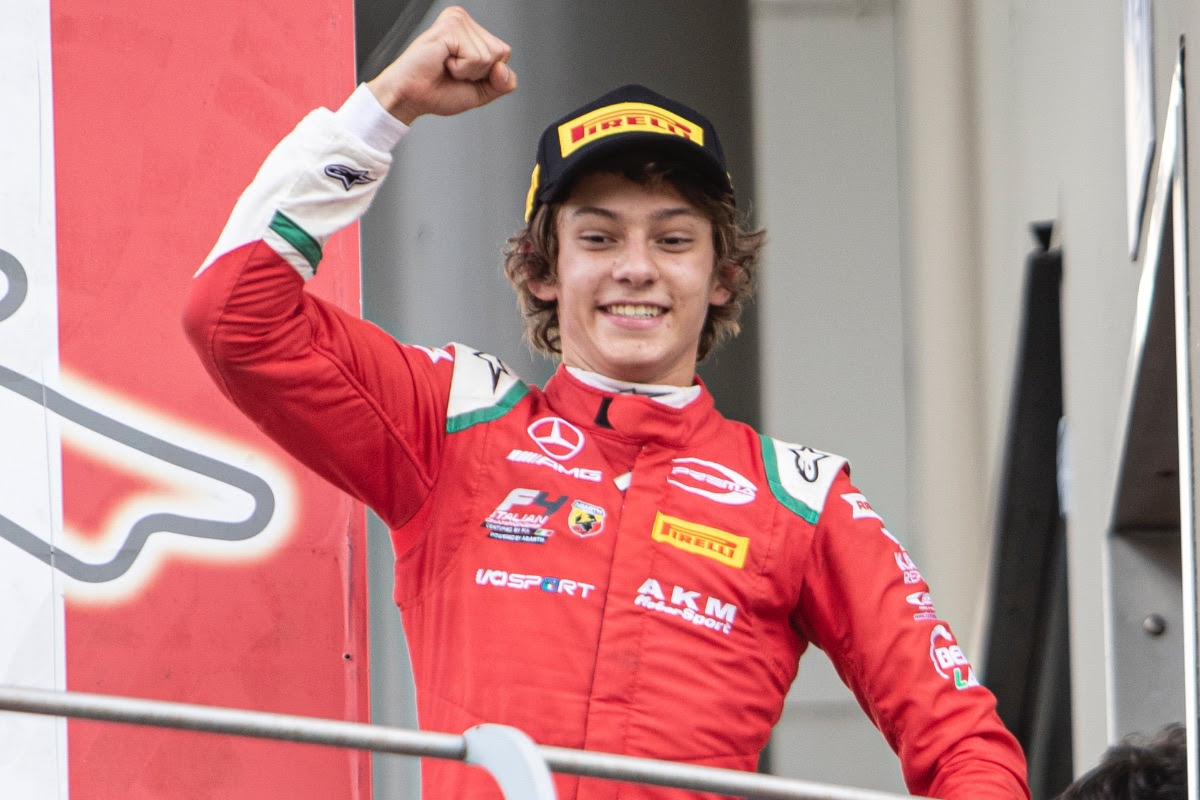 Andrea Kimi Antonelli, the Italian protege of the Mercedes-AMG Formula 1 team, will take the next step in his single-seater career next year as he steps up to Formula Regional Europe.

The 16-year-old started his car racing career in 2021 and since then has won 24 races and two titles in Formula 4 with Prema, who he will remain with for his FREC move. This weekend he is representing Italy in the Motorsport Games F4 Cup.

He is Prema’s first signing for 2023, and is expected to be joined by Lorenzo Fluxa who is the older brother of Antonelli’s fellow Mercedes junior Luna Fluxa.

“I’m delighted to be making the move up to this new series. The experience in FREC will be a completely new one with a car to learn from scratch, but I cannot wait to get started,” said Antonelli.

“There is a lot of work to do to prepare for next year and line up on the grid in top shape, and I will do my best to be up to the task.”

After picking up three podiums from nine races in Italian F4 in autumn 2021, having had to wait until mid-season to be old enough to compete, Antonelli won 13 out of 20 races in the series this year on the way to the title.

In Germany’s ADAC F4 series he claimed nine victories from 15 races to be champion there too, and at the start of the year he did two rounds in F4 United Arab Emirates and won twice.

“We were really impressed by how Kimi adapted to single-seaters and by his results in his first full F4 season, so we are obviously looking forward to seeing his development in the future,” Prema’s team principal Rene Rosin said.

“However, the step to FRegional is not an easy one and we had the chance to see it in the last couple of years. We feel that we need to avoid boosting the expectations too much to enable Kimi to work smoothly and without too much pressure.

“I’m sure that, with our help and with the support of the Mercedes-AMG F1 Team, he will quickly become a contender.”

Ahead of racing in FREC, it is likely Antonelli and Prema will contest the FRegional Asian Championship at the start of 2023.

Although it had been anticipated from mid-season that FRegional would be Antonelli’s next move, there was some recent rumours of the youngster potentially jumping straight up to the FIA Formula 3 Championship.