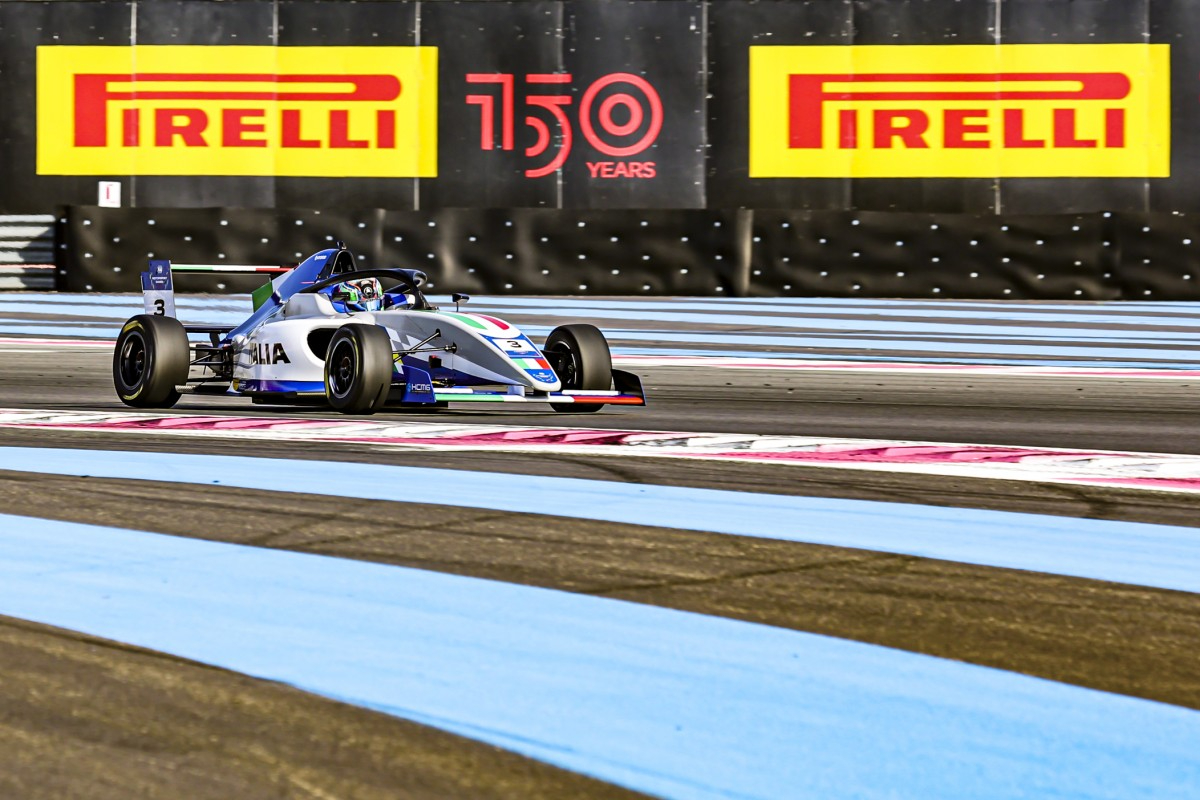 Andrea Kimi Antonelli topped both of the practice sessions for the Motorsport Games Formula 4 Cup at Paul Ricard.

The Italian was one of 24 drivers on track on Friday, with several late additions to the entry list.

One is USF Juniors frontrunner Ethan Ho from America, who has made use of his dual citizenship to drive in the colours of Taiwan. Jasper Thong meanwhile makes his second Motorsport Games appearance and has switched allegiance from Malaysia to Hong Kong.

Antonelli was fastest in the first practice session by over four tenths of a second, setting a 2m08.127s lap to lead Manuel Espirito Santo. Nobody else was within a second of Antonelli, with Wurz and Valentin Kluss the next-best in third and fourth.

FP1 ended under red flag conditions, with Chilean Maria Jose Perez de Arce failing to return to the pits are striking trouble. She did at least complete more laps than Sarrazin though, who only completed three flying laps.

Half of the field improved on their pace in FP2, with Antonelli on top again with a 2m08.591s lap.

Epirito Santo was quickest early on, before Antonelli set his session-topping time halfway through. Wurz made it into second place at the same time, and his 2m09.071s lap put him third overall on the combined timesheet.

Bruno del Pino was fifth in the session and sixth overall behind Kluss, while Australia’s Costa Toparis went sixth fastest with his final lap and that put him eighth in the combined classification.

Kluss was unable to set a flying lap in FP2, and Mozambique’s Guilherme Rocha only got out for five laps but did not complete his last one.