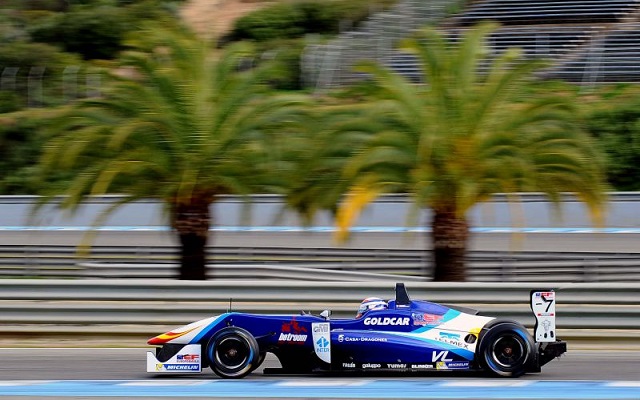 The Mexican, who signed up with the Spanish squad for a?second season after taking eighth last year, led the field by two tenths on both occasions.

Eurocup FR2.0 regular?Ferdinand Habsburg ended up as best of the rest in both days with his Drivex machinery.

FIA F3 converts Julio Moreno and Kang Ling were third and fifth quickest respectively with Igor Walilko?taking fourth between them.

David Beckmann also took part in the testing as part of the?preparation for his FIA F3 campaign, ending up sixth just ahead of recent Carlin signing Colton Herta.