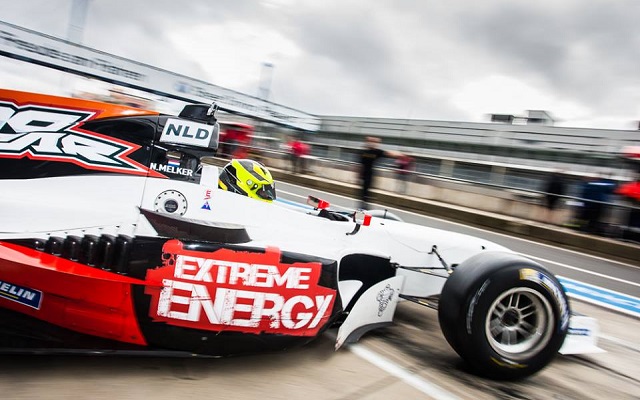 Formula Acceleration points leader Nigel Melker secured pole position for the second race of the third round of the season at Nurburgring.

Melker was 0.34s quicker than his nearest rival Sergio Campana, having done slightly more than half the laps the Italian did.

Campana was the pacesetter in the first half of the session, leading the timesheets at the 15-minute mark when a red flag was brought out for a stalled car on the track.

Alessio Picariello went quickest shortly after the session went back to green, but, just a minute later, it was Melker who took over at the top, with a lap over one seconds clear of those of his rivals which virtually ensured pole for the Dutchman.

Campana got up to second, while yesterday’s podium finishers Richard Gonda and Mirko Bortolotti will complete the second row.

Sebastian Balthasar cleared series debutant Picariello to take fifth. Dennis Lind was more than a second adrift in seventh ahead of stablemate Jimmy Eriksson, with Mexican duo of Picho Toledano and Luis Michael Dorrbecker rounding out the top ten.