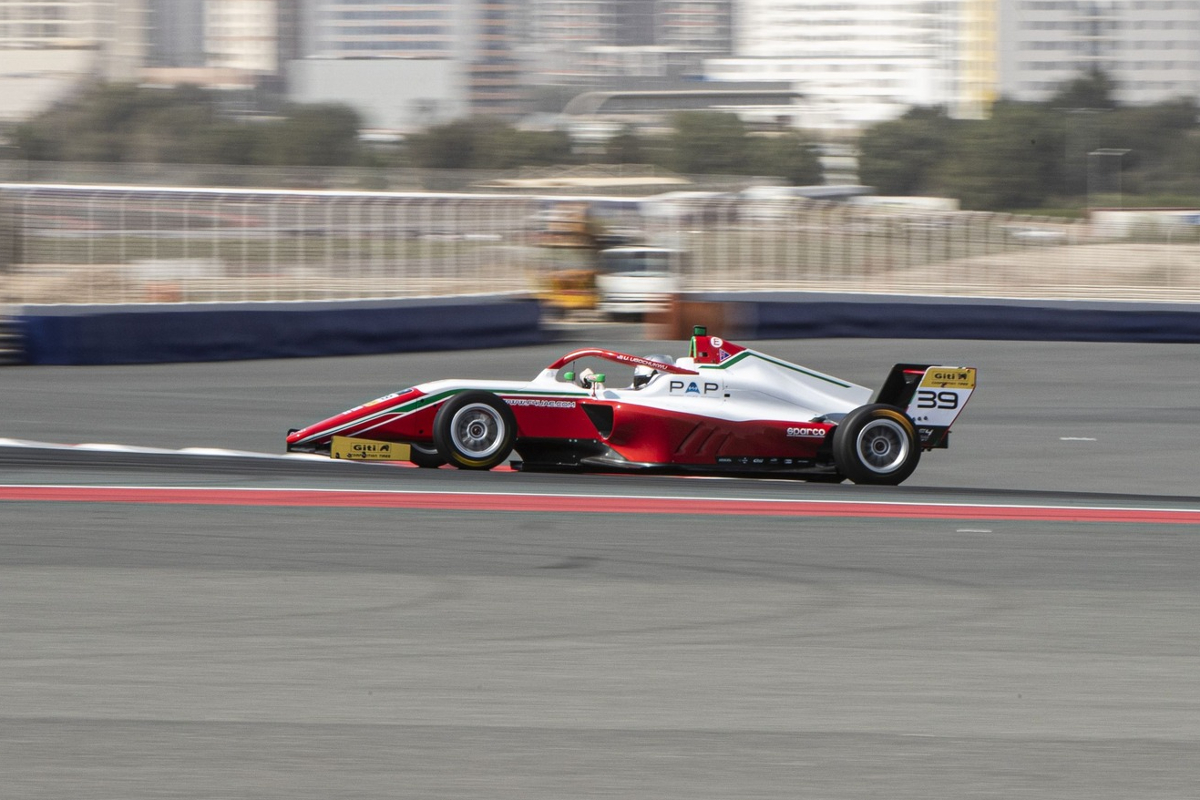 Ugochukwu started on pole and held fellow front row starter Arvid Lindblad into the opening corner, with MP Motorsport’s Valerio Rinicella moving into third place as Mumbai Falcons’ Tuukka Taponen made a slow start from third on the grid.

The top three quickly broke away, with MP’s Kirill Smal a slightly lonely fourth and more action taking place in the battles for fifth and below.

Rinicella started to be gapped by the two ahead, who at one point had less than a car length between them before Ugochukwu added a few tenths of a second to his lead.

Their battle was paused mid-race by a safety car period that ran all the way until the penultimate lap. Initially race control signalled that it would be the final lap, and the first group of drivers who crossed the line were shown to have completed the race.

However it was then determined that, for a race done on a time limit rather than a lap limit, the race would continue into the next lap and Ugochukwu held off Hitech GP’s Lindblad to win.

A five-second penalty for jumping the start meant Lindblad was classified eighth, with Rinicella and Mumbai Falcons’ James Wharton completing the podium.

Wharton had qualified 10th, but was already battling Taponen by lap two of the race, with his move for fifth place coming as Taponen ran off-track. Later in the lap, PHM Racing’s Valentin Kluss also got past Taponen.

Pinnacle VAR’s Brando Badoer was next to clear the Ferrario junior before the safety car period, and after the restart he lost eighth place to Sainteloc Racing’s Theophile Nael who fought his way up from 20th to finish seventh once Lindblad’s penalty was applied.

Also losing places at the restart was Smal, who dropped from fourth to sixth.

The cause of the safety car period was a crash further down the field between Niko Lacorte and Flavio Olivieri, while other drivers to get into trouble were William Macintyre, who had to pit due to damage and the lapped pair of Noah Stromsted and Federico Rifai who both also visited the pits. Stromsted changed all four tyres during his pitstop after getting a puncture.

Victoria Blokhina did not get moving on the formation lap and was wheeled into the pits, but was able to start the race.