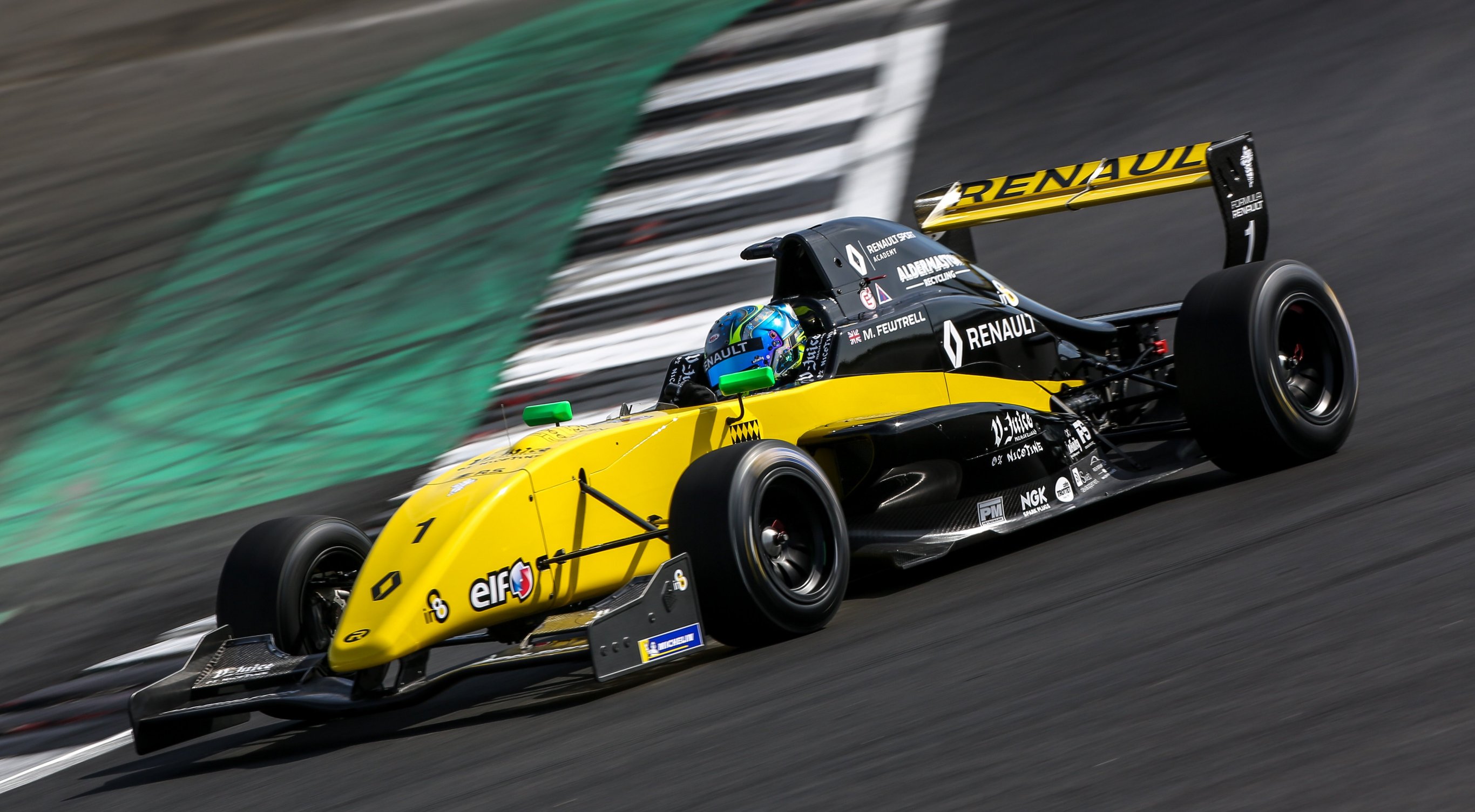 Fewtrell and Ye, who both ran in the second of the two qualifying groups, traded the fastest sector times at the top of the timing screens after being the first drivers to dip into the 1m56s.

Posting a 1m56.705s benchmark on his third lap of the session, Monza polesitter Ye was initially 0.2s clear in first place. Fewtrell progressively reduced the deficit.

Drawing to within 0.002s on his penultimate lap, he then posted a 1m56.535s on his final lap of the session to snatch pole away from Ye.

Fastest in the first group was Logan Sargeant. He had a time disallowed earlier in the session for a track limits infringement at Club corner – one of several drivers to have times removed in the session – but jumped to the top of the times with five minutes of the remaining. He will start alongside Fewtrell on the front row.

Ye will start third and is joined on the second row by Silverstone first-timer Lorenzo Colombo. He was 0.070s behind Sargeant’s group one benchmark.

Fewtrell’s R-ace GP team-mates Charles Milesi and Victor Martins battled for third and fourth in the second group. Martins jumped ahead of Milesi with three minutes remaining before a late lap from Milesi restored him to third.

Carrying a two-place grid penalty from Monza into qualifying, Milesi will start seventh behind?Martins and Alexander Vartanyan, whose 1m57.370s vaulted him from seventh in the first group to third in the final moments of the session.

Thomas Maxwell was fourth in group one to qualify eighth, ahead of Frank Bird and Alex Peroni.

Max Defourny had a time reinstated late on to move up to 11th alongside?Oscar Piastri, who missed the afternoon running during Friday’s collective tests due to his university exams.

Monza winner and championship leader Christian Lungaard struggled in qualifying and is set to start the first race down in 16th.