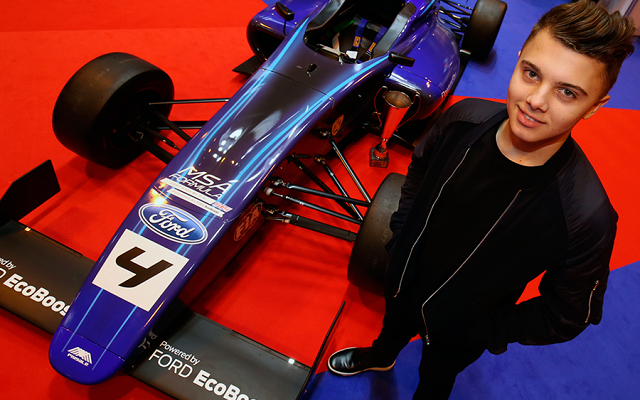 Fewtrell, managed by Infinity, enjoyed a breakthrough season in 2014, when he claimed the Trofeo Andrea Margutti title as well as second places in WSK Champions Cup and Winter Cup.

Instead of switching to cars like Enaam Ahmed or Dan Ticktum did, Fewtrell opted to move up to the KF class with perennial frontrunners Ricky Flynn Motorsport.

He made his single-seater debut at the end of 2015 in MRF Challenge and took?a maiden pole position and podium in his tenth race.

“I?m really excited to get going. Carlin is a really big name in motorsport, all the little details I learn with them will definitely help me throughout my career. I couldn?t really ask for a better place to start my career in cars,” said Fewtrell.

“The tests have gone really well, our pace is looking strong and I?ve been improving every time. The goal is definitely to win the championship this year, I can?t wait!”

Trevor Carlin team boss added: “We?re extremely happy to have Max in the team; he?s shown great pace in testing so far, and despite his young age he has demonstrated real maturity in the car.”