Max Chilton confirmed by Marussia for 2013

Englishman gets promotion to Formula 1 race seat for next year, as had been expected when he was made their reserve driver towards the end of this season. But is he any good?…

Max Chilton has been confirmed as a race driver for the Marussia F1 Team in 2013. The 21-year-old Englishman is promoted from the role of reserve driver, which he took for the final rounds of the 2012 season having finished fourth in this year’s GP2 Series standings.

“We are delighted to welcome Max to the role of Race Driver with the Marussia F1 Team for the 2013 season,” said team boss John Booth. “We have spent a significant amount of time evaluating his performances during 2012, both in our own car in a testing situation and also from the pitwall as we monitored his progress alongside the other members of our junior talent pool during Grand Prix support races.

“We felt confident enough in his ability and potential to appoint him to the role of Reserve Driver in September and since that time his development has been rapid in all aspects. First and foremost, he has shown himself to be extremely capable in the car. Most recently, in Abu Dhabi, he was put to the test in a competitive environment which included providing him with an opportunity to demonstrate his outright pace and consistency over a single lap. We saw just how much he has progressed even since the Silverstone test in the summer and through the succession of GP2 races thereafter, when he achieved two pole positions and two race wins.

“Not only that, Max very quickly embedded himself within the team, thanks in no small part to the fact that he is a lively and affable character who we?ve enjoyed having around. Having been integral to our race weekend engineering environment for the past three months already – as well as having undertaken a significant part of our simulator programme – Max has already found his feet.”

Chilton added: “It?s hard to put into words how I?m feeling today, with the announcement that I will be racing for the Marussia F1 Team in 2013. It comes at the end of what has been a fantastic year for me, and those steps – my GP2 pole positions and wins, my performances in the F1 Young Driver Test and in FP1 at Abu Dhabi – have given everyone the confidence in my ability to compete at the highest level of motor sport.

“I am very fortunate to have spent the last six races with the Marussia F1 Team as Reserve Driver, which means that instead of a standing start, I am already up to speed and at ease with the people, the culture, the systems and of course, the 2012 package. During the period since the Japanese Grand Prix, I have watched at very close quarters the incredible commitment and determination to succeed that saw everyone in the team pushing until the very last race. I feel very lucky to be able to embark on my F1 racing career with this group of people.

“Pre-season testing is just a few weeks away, so my focus now is to continue my physical preparation whilst spending as much time as possible working with the technical team to help develop the car I will drive in my debut F1 season.” 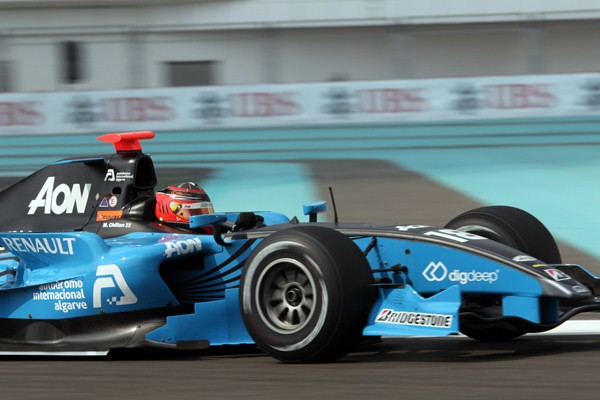 The younger brother of World Touring Car Championship driver Tom Chilton, Max started his career in karting before he began racing cars at the age of 14 in the T-Cars series. There he finished runner-up in his second season in 2006 to Luciano Bacheta. In 2007 he started competing in single-seaters, jumping into British F3 once he turned 16.

That first year was a difficult learning year, but switched from the Arena team to Hitech for 2008 and claimed a second place finish at the season opener at Monza. He claimed pole positions at Monza and Rockingham, but only scored one further podium and finished the year in tenth place in the standings.

Chilton switched to top team Carlin for a third campaign in the category in 2009, and showed more qualifying pace with three poles from the opening four races but it wasn’t until the last race of the year that he finally got that first win under his belt. He finished fourth in the standings, as rookie teammate Daniel Ricciardo dominated the championship.

2010 saw Chilton make another customary big step up, this time to GP2 with Ocean Racing Technology. The team wasn’t the fastest and it took a while for him to be truly competitive, but to his credit he did score a double points finish at Monza.

With Carlin – now owned by his multi-millionaire father, vice-chairman of insurance giant Aon, Grahame – joining the GP2 fold to 2011, Chilton returned to his old team. Helping Carlin to develop would hamper his own progress, and so although he showed promise at times he finished the year with just three points finishes. At the end of the year he ran at the Young Driver Test with Force India.

He got his foot in the door at Marussia when they joined forces with Carlin to back their GP2 squad. Chilton began the year with a podium in Malaysia, later adding a second place at Monaco. After the British Grand Prix he completed a second Young Driver Test, this time at Silverstone with Marussia. At Hungary he claimed a maiden GP2 pole and converted it into a first win. He added another pole at Monza but could only finish fourth, but at Singapore he claimed a second feature race win from second on the grid as he finished the year fourth in the standings. That came days after he had been announced as reserve driver at Marussia for the remainder of the season, where he ran on an F1 weekend for the first time in FP1 in Abu Dhabi. 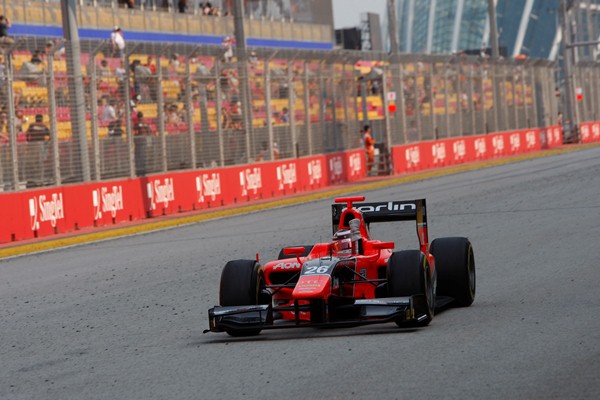 It’s certainly easy to dismiss Chilton as a pay driver, and you can certainly make a case that’s he’s the least deserving of the drivers likely to be on the 2013 grid. But he’s more than good enough – his qualifying record proves that. This season he was one of the consistently quickest drivers across the whole campaign, but even in his third season he was far from the most experienced. If he were to outqualify Timo Glock next season I’m sure many will be surprised, but given how quick he looked in GP2 this year, I won’t be.

But for someone with the bravery and technique to nail a fast lap at circuits like Monza, Monaco and Singapore, he still seems bafflingly inadequate in racing situations. This has not only been evident from his results and his failure to convert poles into wins (back in F3, at least), but was also visible to the eye this year. In GP2, where drivers have a reputation for grabbing any half-chance to pull an overtaking move on the man ahead, Chilton was exposed in Bahrain when he hesitated putting a pass on the much slower Nathanael Berthon, and rookie James Calado dived down the inside of both of them.

In a Marussia that issue is unlikely to be very evident, and he’s sure to come across as equally competent to all three of John Booth’s previous number two drivers. He’s not the most deserving, but from the team’s point-of-view he’ll do just fine. 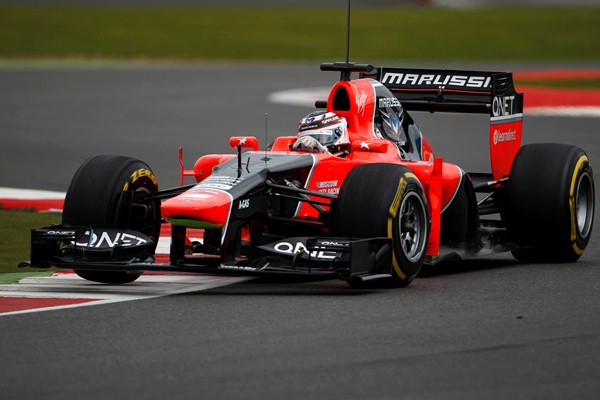