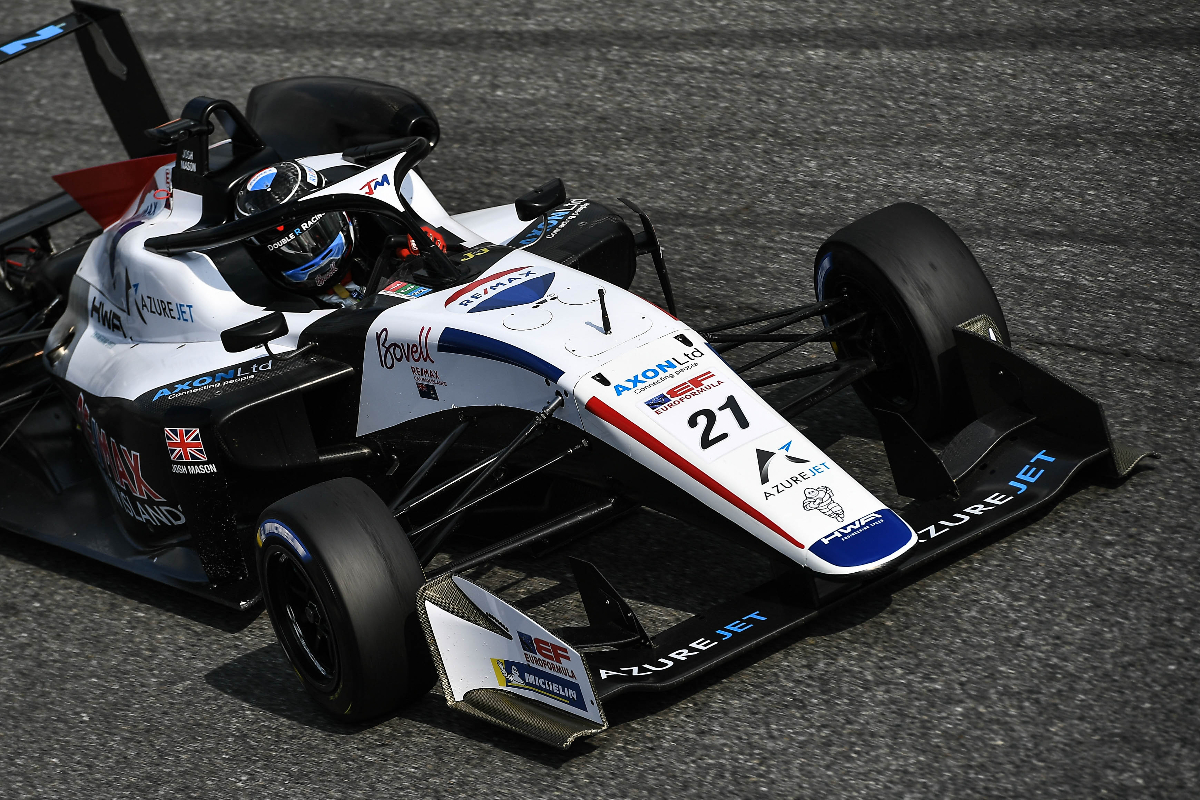 The initial laps of FP2 were fairly unrepresentative as drivers patiently built their rhythm.

Mason, Motopark’s Reshad de Gerus, and CryptoTower Racing Ream’s Nazim Azman all spent time at the top of the timing sheet in the initial stages, before the theme from this morning’s session reared its head once more.

Carlin’s Enzo Trulli was the first to break into the 1m44s thanks to a slipstream-aided effort behind Drivex School’s Enzo Scionti, as drivers battled to benefit from the gain in laptime afforded by being in a train of cars.

The field were running older tyres throughout the middle part of the session, so the Italian’s time was left unthreatened. His closest challengers, Motopark’s Christian Mansell and Cameron Das, were over half a second behind.

In the closing stages of the session, championship leader Das found himself beached on the kerb at the exit of turn two, resulting in full-course yellows for the subsequent couple of laps while his car was rescued.

A flurry of quick laps came in at the end, even though drivers compromised each other in pursuit of a slipstream, with 10 of the 14 drivers setting their fastest time on their final push lap.

It was Mason who came out on top by actually breaking away from the train, setting a 1m44.493s.

Trulli wound up third having led for the majority of the session; however, he did not improve on his initial quickest time.

Casper Stevenson was the quickest Van Amersfoort Racing driver in fourth, ahead of Azman in fifth, while debutant Francesco Simonazzi, in the sole car of the returning BVM Racing team, showed much more promise than this morning’s session by being within half a second of the pace.

Fellow debutant Nico Pino was just behind in seventh for Drivex School.

Das plunged to 10th place with his lack of late running, and team-mate Mansell was an even more disappointing 11th and Carlin’s Brad Benavides only managed four laps.