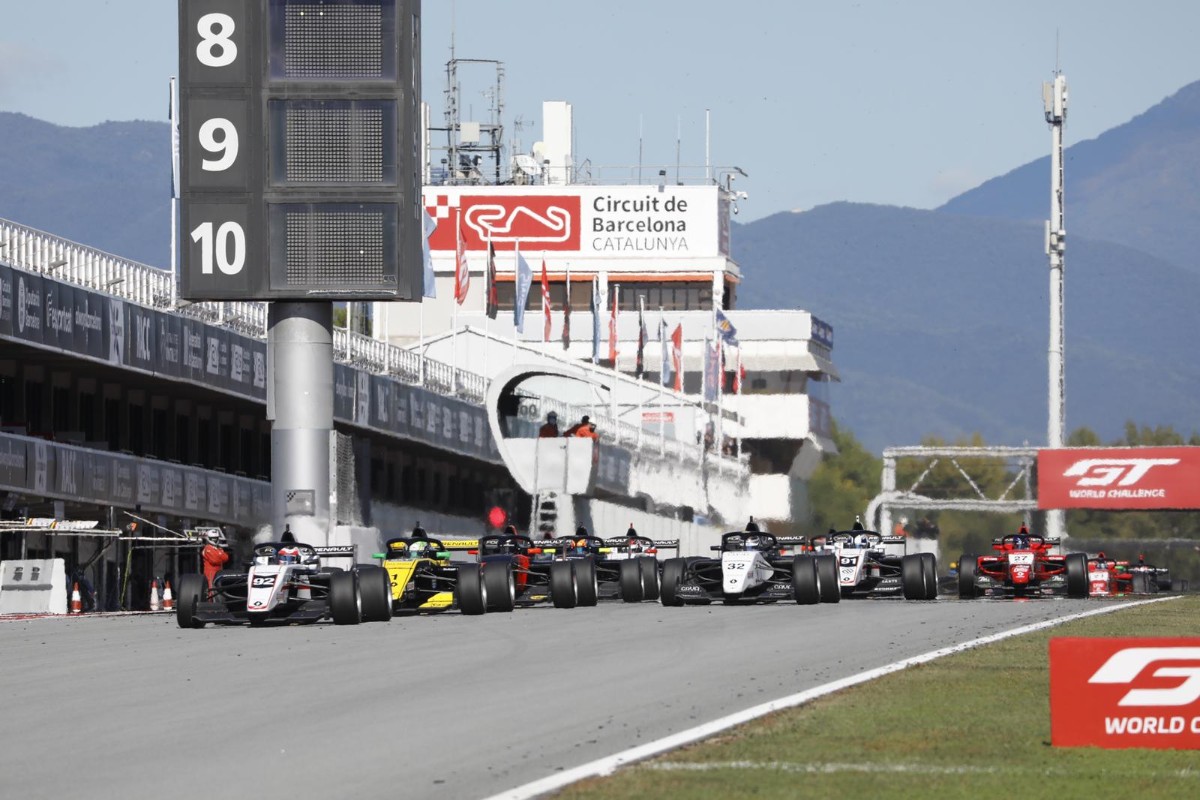 ART Grand Prix’s Victor Martins swept the Formula Renault Eurocup Barcelona round with his second win of the weekend, despite a late safety car intervention.

The race was halted ahead of the start, as ART’s Gregoire Saucy came to a halt as the cars approached the grid with a clutch problem. As such, the race was reduced by two minutes to 28 plus one lap.

Once the race got going, Martins pulled ahead of fast-starting championship rival Caio Collet immediately. He was 1.6s ahead by the end of the first tour and continued to extend through the race.

With just four minutes to spare, Martins had a gap of seven seconds when the safety car was called for a collision between FA Racing’s Amaury Cordeel and Arden’s Ugo de Wilde at Turn 1 – putting the latter out of the race.

The race resumed with just one lap remaining, and Martins was able to pull out a 1.5s lead as Collet found himself under pressure from MP Motorsport’s Franco Colapinto.

The trio finished on the podium in that order, ahead of JD Motorsport’s David Vidales.

MP’s Kas Haverkort rounded out a good debut weekend with fifth, a position he gained in the second half of the race and kept through to the end.

FA Racing’s Tijmen van der Helm and JD’s William Alatalo had a lengthy battle over seventh and eighth, which van der Helm was able to triumph in.

Bhaitech’s Lorenzo Colombo had an exceptional opening lap and gained 10 spots from 15th, but slipped back to ninth after a couple of mistakes.

Despite contact on the opening lap with Arden’s Alex Quinn, ART’s Paul Aron was able to come back through the field to round out the top 10, ahead of Cordeel.

Bhaitech rookie Nicola Marinangeli was the other retirement, pitting after five laps.