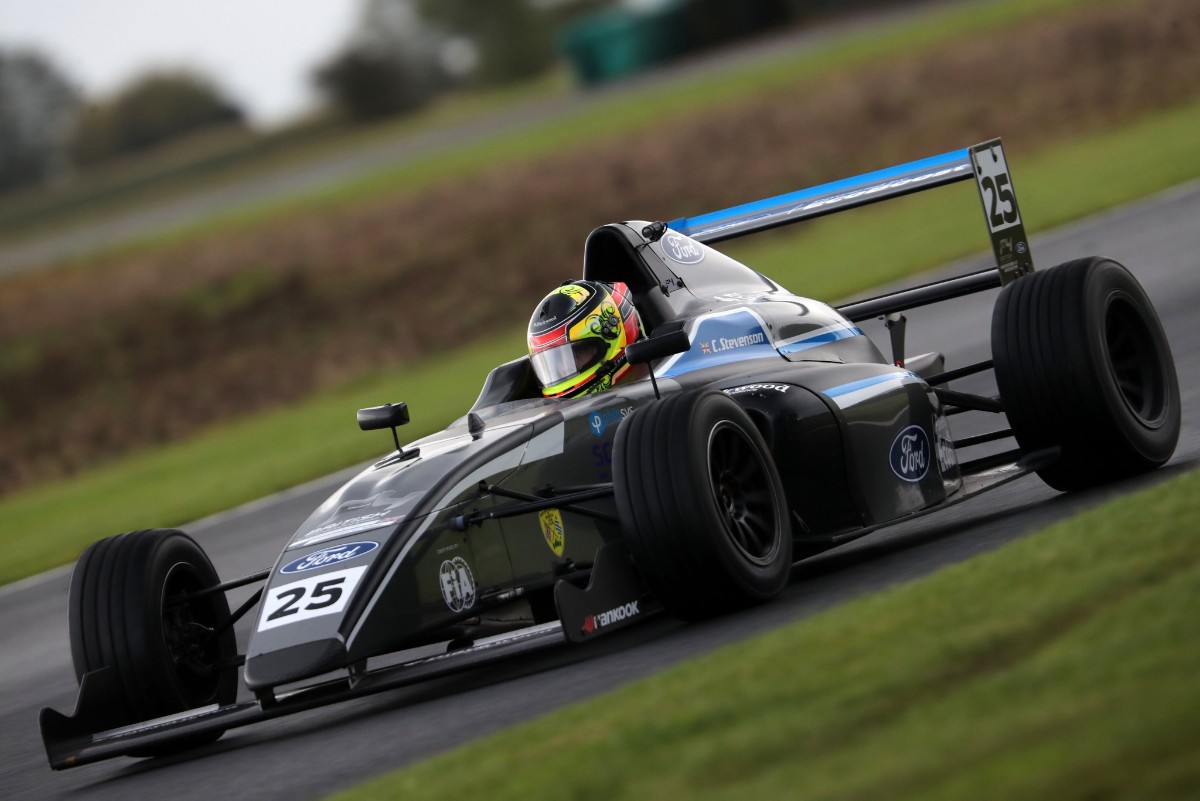 Argenti Motorsport’s Casper Stevenson won the second and final British Formula 4 race of the weekend at Croft from pole position.

Stevenson had to battle with championship leader Luke Browning at the start but was able to resist the early pressure.

The safety car was called almost immediately as Arden’s Roman Bilinski locked up and went off at Turn 1. As the cars entered the yellow flag zone, team-mate Alex Connor damaged his car by rear-ending JHR Development’s Abbi Pulling.

Connor had to retire but Pulling was able to continue in fourth place.

When the race resumed after a lap behind the safety car, Stevenson was able to clear Fortec Motorsport’s Browning. Browning then found himself under pressure from Carlin’s Zak O’Sullivan, and the latter got past after a couple of laps of battling.

As Stevenson pulled away slightly, Browning came back at O’Sullivan towards the end but was unable to find a way through. The trio filled the podium, with Stevenson 1.246 seconds ahead of O’Sullivan, who was narrowly ahead of Browning.

Pulling finished fourth, under pressure at the end from JHR team-mate James Hedley, who had been in a lengthy battle with Carlin’s Christian Mansell, who finished sixth and top of the rookie classification.

Arden’s Frederick Lubin was seventh, ahead of the best battle of the race.

Argenti’s Reema Juffali came out on top of a good scrap between herself, Matias Zagazeta and Rafael Villagomez.

Villagomez led the trio for the first half of the race but ran wide under pressure from Juffali and crashed with a couple of laps to go. The race continued without a second safety car intervention. Juffali was eighth, and Zagazeta came home ninth and last of the finishers.