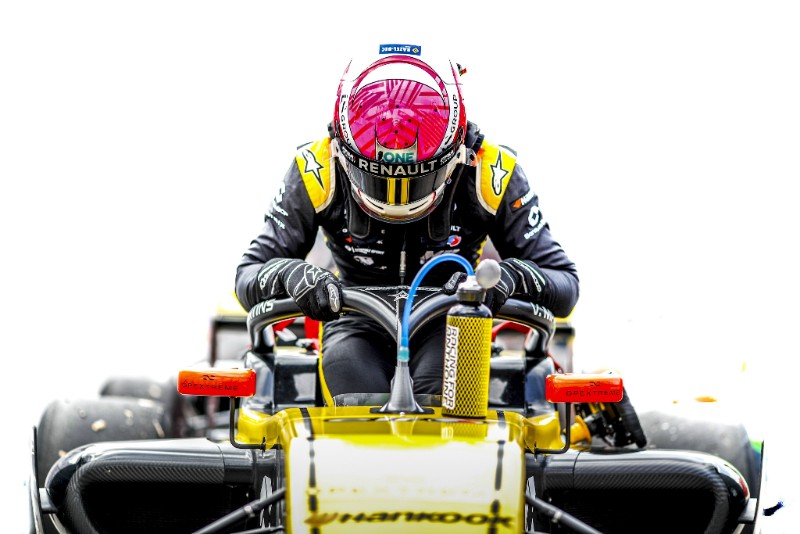 For much of qualifying it was pre-season testing pacesetter Martins who was on top, but in the final few minutes R-ace GP’s Piastri and Alexander Smolyar came into play.

Championship leader Piastri and team-mate Smolyar initially squabbled over second place, until Smolyar managed to displace Martins at the top with 30 seconds left of the session.

There was only time for MP Motorsport’s Martins and Piastri to complete their current laps, but they both managed to beat title outsider Smolyar.

Bhaitech’s Petr Ptacek and Arden’s Alex Quinn were fourth and fifth, keeping the third R-ace GP car of Caio Collet out of the top five by 0.015s.

Leonardo Lorandi was the top JD Motorsport driver in seventh, ahead of Martins’ team-mate Lorenzo Colombo, who was fastest in free practice and briefly topped the times in qualifying, M2 Competition’s Kush Maini and Patrik Pasma (Arden).

Maini was in the top three until the top two R-ace GP drivers upped their pace, while Pasma missed free practice for an exam and so was on the track as early as possible in qualifying to gain extra mileage.