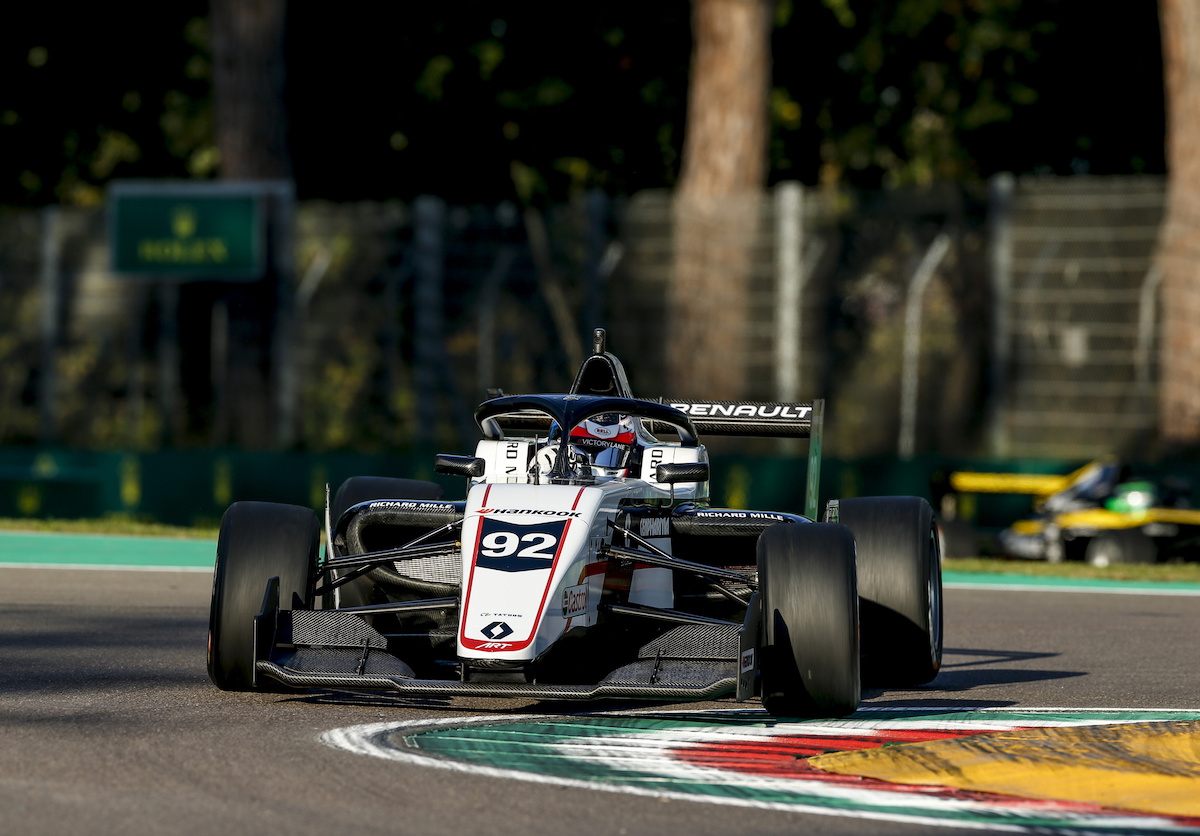 The grid for the Emilia Romagna Grand Prix support race was headed by Martins and R-ace GP’s Collet on the front row.

Collet had, initially, a stronger opening lap than Martins, challenging him throughout. But once the pair got to the Variante Alta chicane, Collet was taken out by JD Motorsport’s David Vidales.

Vidales had locked up going into the chicane, clipped the back of MP Motorsport’s Franco Colapinto, and damaged his front wing. This left him powerless from wiping out Collet, while Colapinto was able to continue without damage.

This brought out the safety car and, once racing got underway again, Martins and Colapinto were able to pull away from the rest of the field – now fronted by MP’s Hadrien David.

Martins was only ever able to extend his lead to Colapinto to a few seconds but was never under any major pressure during the 30-minute race.

Increasing his championship lead over Collet to 33 points, Martins came through to win by just over a second as Colapinto took the fastest lap on the final tour.

David was almost 10s behind to round off the podium. Arden duo Alex Quinn and Ugo de Wilde swapped positions late on in a battle over fourth and fifth, with Quinn pulling a fine move around the Tamburello chicane to secure that spot.

MP’s Petr Ptacek came out on top of a decent scrap over sixth, which was headed by Arden’s Reshad de Gerus for much of it.

De Gerus’s pace wasn’t spectacular, and he found himself dropping down the order late in the race.

William Alatalo and Michael Belov rounded out the points, capitalising on a late error from de Gerus that dropped him out of the points.

Bhaitech’s Lorenzo Colombo was just outside of the points in 11th ahead of de Gerus.

Having made up a few spots after his earlier incident and pitting for repairs, Vidales retired from 14th position when his suspension failed going through Tamburello.

Bhaitech’s Nicola Marinangeli was the other retirement, pulling into the pits in the final third of the race.

Weekend debutant Abbi Pulling rounded out the field in her FA Racing by Manor entry but was closer to the pack than in the first race.