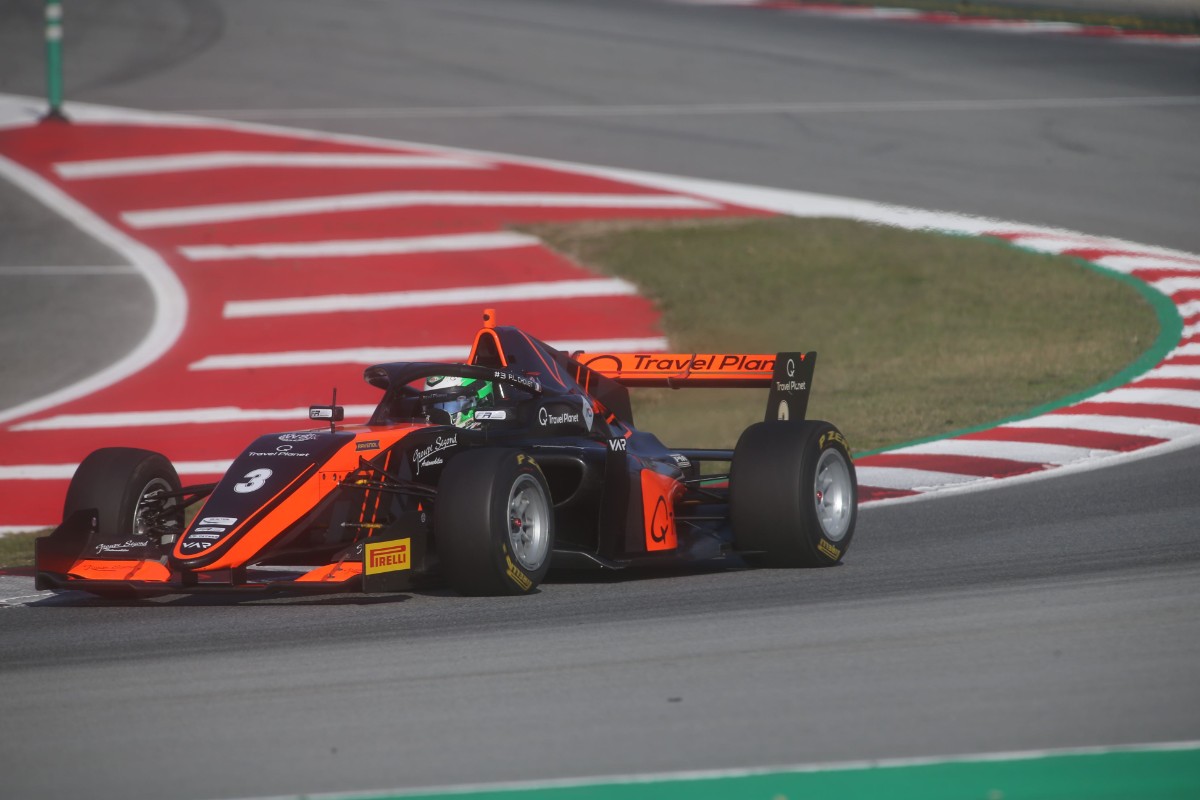 Pierre-Louis Chovet took his and Van Amersfoort Racing’s first Formula Regional European Championship win in the final race of the weekend at Barcelona.

VAR locked out the front row with Dennis Hauger and Chovet, and a slow start for the poleman meant Chovet and Prema’s Gianluca Petecof drew alongside on the long run to the first corner.

Petecof picked the outside line and briefly claimed second place, while Chovet stuck to the inside and moved into a lead he would not lose. Hauger edged back past Petecof as the field swept through Turn 2, and from then on the top three broke away and rarely saw each other.

Chovet set fastest lap after fastest lap early on, and eventually finished with a 4.469s advantage over team-mate Hauger. Petecof was a distant third, but the result extended his points lead over team-mate and fellow Ferrari junior Arthur Leclerc.

After spending almost the entire race stuck behind Monolite Racing’s series returnee Matteo Nannini, Prema’s third driver Oliver Rasmussen was quick to get onto the rear of Leclerc in the final few laps and ended up pressuring him for fourth before an error at Turn 1 put him back.

Nannini finished sixth, while Konsta Lappalalinen passed his KIC Motorsport team-mate Patrik Pasma late on to claim seventh. Gilian Henrion and Prema’s Jamie Chadwick were over half a minute back and were the final points finishers, with DR Formula’s Emidio Pesce the unlucky driver not to score.