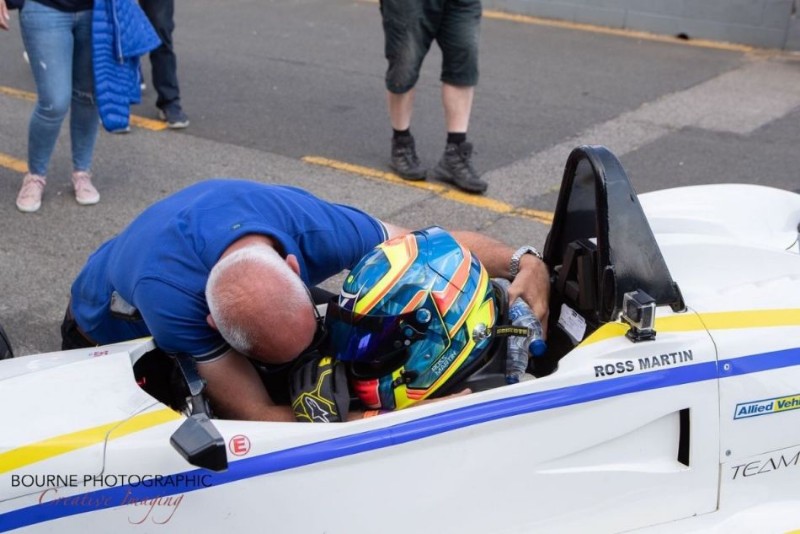 Starting from sixth, the Team Dolan driver made up a pair of places on the run into the first corner, before passing Neil Maclennan on the entry into the Complex and grab third before the first lap was over.

He then dispatched title rival Spike Kohlbecker for second shortly before the race was neutralised to remove James Clarke?s Cliff Dempsey Racing car from the gravel at Tower.

At the restart, Martin went round the outside of pole-sitting team-mate Jamie Sharp at Clervaux, taking a lead he wouldn?t relinquish.

Sharp dropped to fifth just after being passed for the lead, running too deep into Tower.

His error promoted Maclennan into second, with the Kevin Mills Racing driver taking his first podium of the weekend.

Brendon Leigh, himself fending off the advances of CDR?s Jonathan Browne, tried to make a move on Sharp for fifth going into Sunny In on the last lap but was too far behind to make it stick, settling for sixth.

Browne ended up seventh, with Jamie Thorburn – who started from the back of the grid after a spark plug lead issue in race two – securing eighth.