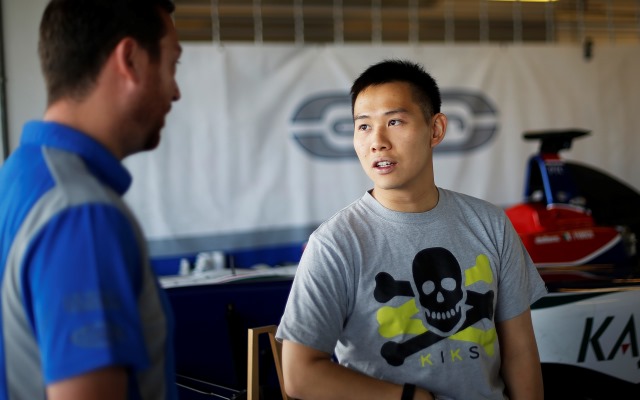 Jann Mardenborough will miss out on the GP3 season finale in Abu Dhabi, with Adderly Fong taking his place at Carlin.

Nissan protege Mardenborough, who has scored two GP3 podium finishes this year and is ninth in the standings, has “a pre-arranged GT test” commitment.

Fong joins Carlin having raced for Koiranen for most of this season, in which he hasn’t scored a point. He missed last weekend’s Bahrain round while competing in the FIA GT World Cup in Macau.

Fong’s team switch means his Koiranen substitute Mateveos Isaakyan will stay with the team for the Abu Dhabi round.

?We?ve known for some time that Jann wouldn?t be able to compete in Abu Dhabi and thank him for his contribution to the team this season,” said team boss Trevor Carlin, whose team bows out of GP3 this weekend.

“In his absence, we?re very happy to welcome Adderly to the team and look forward to working with him throughout the weekend.

“Adderly is a driver we have raced against for many years and it?s great to have him with us in a blue car this weekend for our final GP3 outing.”