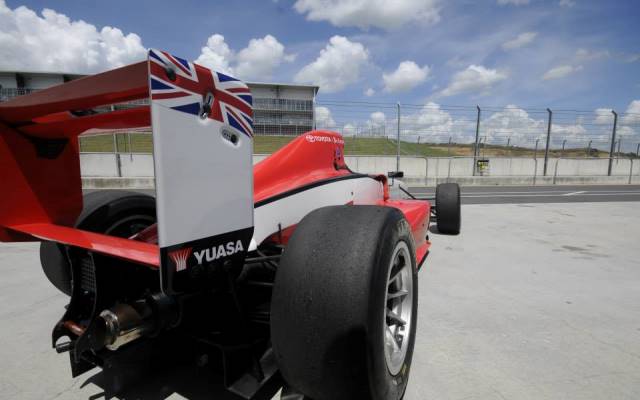 Jann Mardenborough will return to the Toyota Racing Series for 2014 to lead the six-car line-up from Giles Motorsport.

The 2011 winner of the Nissan GT Academy competition for PlayStation gamers began his single-seater career in the New Zealand series at the start of 2013, finishing tenth in the standings with four top six finishes.

He has since been racing in the FIA F3 European Championship and British F3 for Carlin, as well as an impressive debut at the Le Mans 24 Hours.

He will switch from ETEC Motorsport to Giles for his return to TRS.

Zurich-based American Tveter raced in Formula Renault 2.0 NEC in 2013, claiming a best result of fourth at Spa-Francorchamps. Rao and the previously-announced Ferrer both competed in the UK’s Protyre Formula Renault series, and finished 15th and 14th respectively in the final standings.

Estonian driver Rump enjoyed a successful first full season of single-seaters in 2013, finishing second in Formula Renault 1.6 NEC and Formula Renault 1.6 Sweden and claiming five race wins in each. He will be accompanied to New Zealand by compatriot Sten Pentus, who won two races and finished fourth in TRS in 2010 and went on to do the same in that year’s Formula Renault 3.5 season.

Hamdan won the Malaysian Super Series Sports Production class in an Aston Martin GT4 Vantage and also contested the Porsche Carrera Cup Asia, finishing ninth in the Macau non-championship race. The winner of that race and the Carrera Cup champion Earl Bamber will join Hamdan in New Zealand, having finished second in TRS in 2007-08 and 2010.