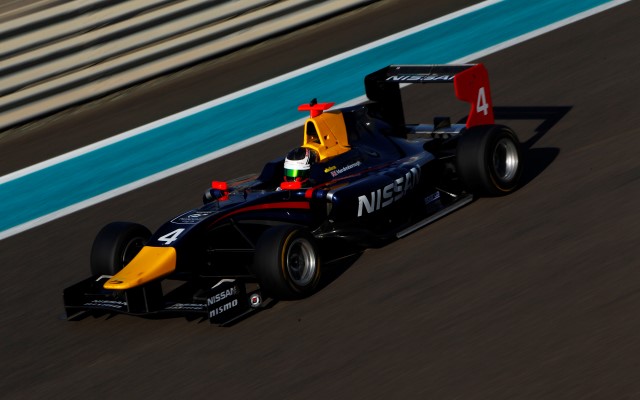 Nissan GT Academy star Jann Mardenborough will race for Arden in GP3 this year, it has been confirmed, while also gaining the support of the Red Bull Racing Formula 1 team.

The 22-year-old completes the driver line-up at the team that has won the last two drivers’ titles with Mitch Evans and Daniil Kvyat, joining third-year drivers Robert Visoiu and Patric Niederhauser who were announced last month.

Mardenborough makes the switch to GP3 after a year in F3. He won the 2011 edition of the Nissan-run competition for PlayStation gamers, and after spending 2012 in GT racing made his single-seater bow in last year’s Toyota Racing Series.

He then experienced a full season of F3 with Carlin, scoring a best result of second in the British series at Spa-Francorchamps. He also impressed on his debut at the Le Mans 24 Hours in the LMP2 class.

He again contested the New Zealand-based TRS series at the start of this year, finishing a close second in the standings after claiming three race wins.

Mardenborough tested with both Carlin and Arden’s GP3 squads in Abu Dhabi in November, and was sixth-fastest in both his sessions with Arden on the final day.

?I feel ready for GP3,? said Mardenborough. ?I?ve prepared well and I have all the right people around me to help my development so I can fully focus on my racing. Formula 3 has taught me so many things, both in the car and out of the car, both mentally and physically.

“It was a great stage in my development and I?m sure the skills I’ve learnt there will help me in GP3 and beyond. I’m excited to work with Arden. My initial impressions of them are excellent; they have a lot of experience and great success over the years.

?I haven?t raced the GP3 car yet. But going on initial testing, I prefer the GP3 car to an F3 car. The power is very addictive. This season is my opportunity to impress more people in the sport who make the decisions on who makes it into F1 and who doesn?t and I?m going to give it my best shot.?

Mardenborough has not been named as part of the official Red Bull Junior Team led by Helmut Marko (which this year consists of Formula Renault 3.5 drivers Carlos Sainz and Pierre Gasly and Carlin GP3 recruit Alex Lynn) but will benefit from the driver development programme at the F1 team’s Milton Keynes base, overseen by Andy Damerum.

“We?re delighted to welcome Jann onto our programme,” said Damerum. “We have been tracking Nissan?s innovative approach to motorsport and in particular GT Academy that challenges the status quo of motorsport.

“The traditional route to F1 of karting and single-seaters is a tried and tested success but Nissan and PlayStation have gone down a very different road and started to find some very talented drivers who have been doing all their practicing on a games console.? I?m very interested to see how Jann fares on our programme and in GP3 this season and I look forward to taking him under the Infiniti Red Bull Racing wing to further progress his career.” 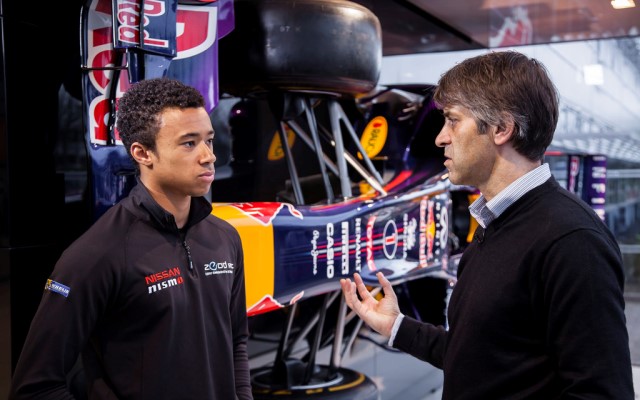 Given that Mardenborough struggled to make an impression near the front of the FIA F3 field last year, the move to the faster, more powerful GP3 car may seem like an ambitious step at first.

However, as a single-seater rookie, Mardenborough was particularly up against it in European F3, with a large, competitive field where most drivers had considerably more experience than him.

The field will be just as big in GP3, and it will be competitive too, but the nature of the championship should make it easier for Mardenborough. It’s a series where talent wins through, and experience is less important than in F3. Witness how Daniil Kvyat took charge of GP3 last year, while in F3 he was quick but results were not so strong.

In testing in Abu Dhabi last year, Mardenborough spent one day with Arden and was sixth in both sessions, and finished the final day within three and a half tenths of pace-setting team-mate Niederhauser. In Niederhauser and Visoiu he has two team-mates who should be fighting right at the front and who both have two years of knowledge in GP3, and a top team in Arden. Everything is in place.

He’s progressing quickly in everything he drives, shown by his impressive performances in the Toyota Racing Series over the past five weeks, where he claimed his first three wins in single-seaters. That was a marked improvement on his first open-wheel races 12 months beforehand. Then he was quick, but now he’s more consistent and getting the results from his speed, something that was particularly missing in F3 last year.