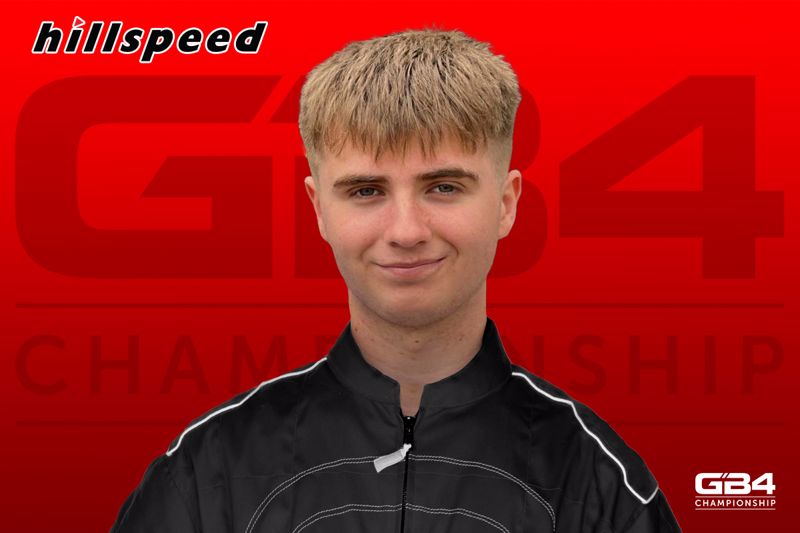 GB4’s points-leading team Hillspeed has expanded its line-up to three cars, with Marcus Short joining for the next round at Silverstone later this month.

Short, who is the son of 2003 British GT Champion Martin, tested a GB4 car for the first time at Bedford Autodrome last week in preparation for his single-seater debut.

After making his car racing bow last year in the Citroen C1 24 hour race at SIlverstone, the 17-year-old has continued in saloon cars in the MG Cup in 2022. He also won at Donington Park in the Classic Sports Car Club Slicks series, sharing a Mosler GT car with his older brother Morgan.

“The test at Bedford was amazing,” said Short. “We had one of the circuits to ourselves and had three hours, starting off getting comfortable and then doing things like practice starts to prepare as much as possible.

“I really loved it and got along with the car quite well. I don’t know what to expect for Silverstone, it’ll obviously be my first time as part of a GB4 weekend and my first time in the car on one of the actual race circuits. I’m intending to go with the flow and just enjoy myself as much as possible, it’s not every day you get a fantastic opportunity like this.”

Hillspeed has won two races so far with Megan Gilkes in the inaugural season of MotorSport Vision’s Formula 4 series, while team-mate Max Marzorati currently leads the standings thanks to a consistent run of top-four finishes.

“We are absolutely delighted to welcome Marcus to the team for the Silverstone GB4 races, he’s a very exciting young talent and we were impressed with how he got on during his first outing in the car at Bedford last week,” Hillspeed’s team principal Richard Ollerenshaw added.

“Marcus obviously has an incredibly strong motorsport pedigree from his father Martin and with the fantastic support the whole family provides, we think he can spring some surprises at Silverstone.

“It’s great to be running three GB4 cars for the next round and we’re very much looking forward to seeing Marcus teaming with Max and Megan, a very exciting line-up.”