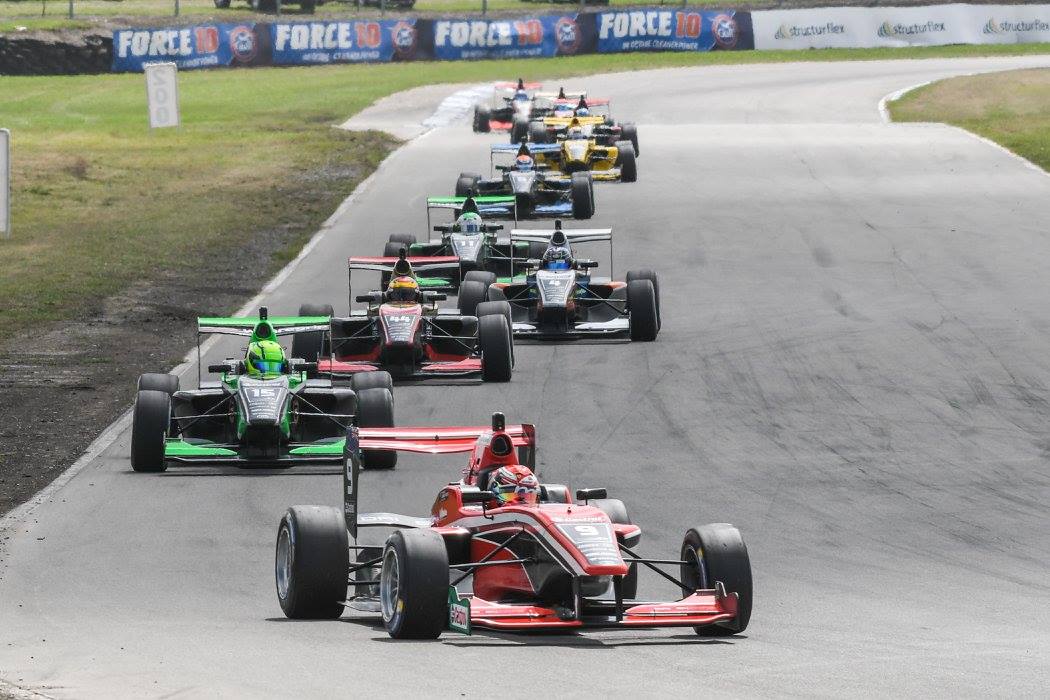 Marcus Armstrong notched up his first win of the 2018 Toyota Racing Series in the second race of the season at Ruapuna.

Starting second on the reversed grid after coming third in race one, the local star grabbed the lead off the line from a slow-starting Clement Novalak.

Armstrong quickly opened up a margin out front as Pull came under pressure from Verschoor, who eventually got by when the Briton ran wide.

Shwartzman also got past on the pit straight at the end of the same lap, and after losing several more places, Pull would ultimately be forced to pit with damaged right-rear suspension.

Having been as much as five seconds clear of Verschoor, Armstrong backed off later on, taking the chequered flag after 15 laps with a 1.6-second advantage.

Shwartzman ensured the podium was occupied by the same three drivers as in race one.

Taylor Cockerton challenged?Shwartzman on the first lap and finished the race in fourth, albeit 11 seconds adrift.

After his poor getaway, single-seater debutant Novalak did get back past Cockerton only to suffer a suspension issue of his own, which was at least partly fixed with a quick kick from a mechanic in the pits and he was able to resume a lap down.

Another driver to suffer from broken suspension was TRS veteran Brendon Leitch, who was directly behind Cockerton when he fell victim to the notorious ‘pothole’ on the exit of Turn 2, immediately breaking his left-rear corner.

That allowed Calvin Ming to come through for what would ultimately be fifth, followed by Juan Manuel Correa, Charles Milesi, Reid Harker and Ryan Yardley.