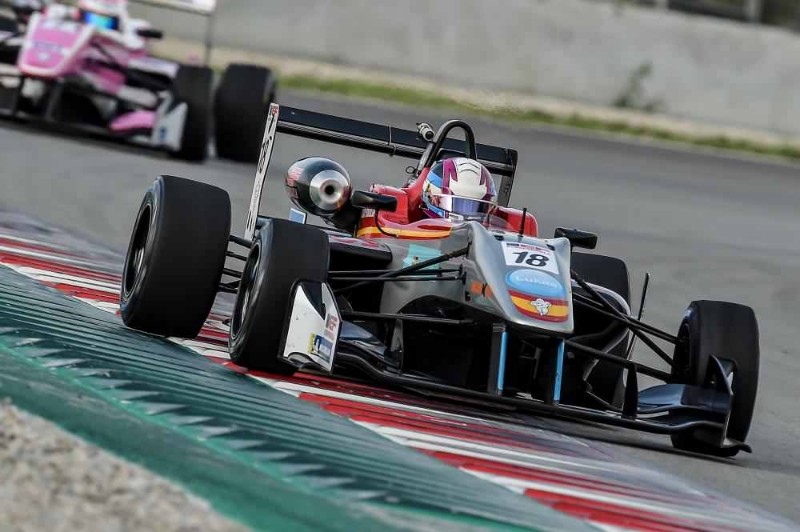 The times tumbled as the circuit surface got drier, but it wasn’t until the closing minutes that RP Motorsport driver Drugovich put himself back to the top. The positions changed once again though in the final minute, and with Drugovich being one of several drivers caught abusing track limits at Turn 3, it ended up with Campos Racing’s Siebert taking pole.

Drugovich still lines up second, 0.214 seconds behind, and means he cannot match the championship’s all-time record for poles now.

Carlin’s Matheus Iorio was third fastest, ahead of Drugovich’s team-mate Schumacher, who is only in his second Formula 3 meeting.

Cameron Das, another who looked like he would take pole at one point, ended up fifth, ahead of closely tied Teo Martin Motorsport team-mates Bent Viscaal and Aldo Festante. Viscaal, Iorio and Siebert are in a three-way fight for second in the standings.

Kaylen Frederick was 11th fastest on his return to the championship, with fellow American Brad Benavides 13th on his single-seater debutant. Current Italian F2000 Trophy champion Aleessandro Bracalente was slowest.