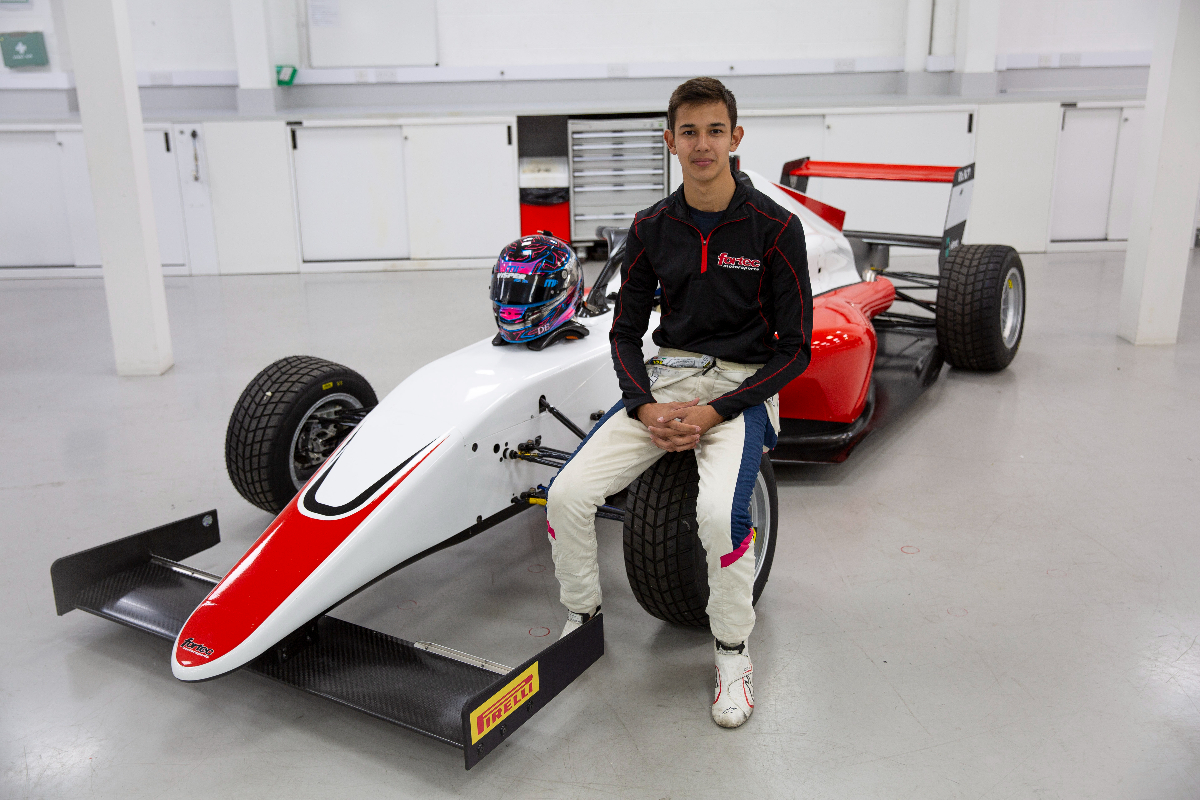 Fortec Motorsports will make its return to British Formula 4 this weekend with two cars, as it adds Marcos Flack to its line-up.

The team committed to racing in the series this year but missed the first eight rounds and only did testing with its new Tatuus T-421 car instead, and earlier this month announced it would be back on the grid for this weekend’s Silverstone round.

The first of its signings was Ginetta Junior graduate James Higgins, and he will be joined by GB3 race-winner Flack, who is making his own British F4 return after coming 11th in the series with Argenti Motorsport last year.

“I’m looking forward to being back in British F4, and to partner up with Fortec Motorsports,” said the 16-year-old Australian.

“It’s a championship that I learnt a lot in last season, and I’ve got experience with the new Gen2 car from racing in Italy and Germany this year. Fortec are a great team, and I’ve always run well at Silverstone, so the ingredients are there for us to have a good weekend.”

After his British F4 campaign and cameo ADAC and Italian F4 appearances in 2021, Flack moved into racing in Europe full-time with R-ace GP except he ended up only competing in two Italian F4 rounds and one ADAC F4 event.

Alongside that he stepped up to GB3 with Douglas Motorsport, and is currently 16th in the standings, having missed a round earlier this year, and has one win to his name.

Recently he has added more programmes to his racing schedule, contesting the final two rounds of the Indy Pro 2000 season and taking a best finish of fourth, then signing with Global Racing Service to see out the Spanish F4 season.

Fortec’s F4 team manager Oliver Dutton said: “Marcos is a talented driver, and already a proven quantity at both this level, and the level above. So, we’ve no concerns he will be able to extract the most from the car. It’s also important for James’ development to have an experienced driver in alongside him, and Marcos’ experience will be equally valuable to our team at the track as we begin our programme for next year.”