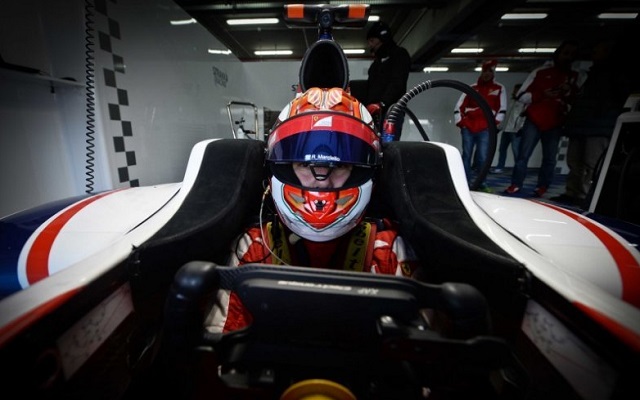 Ferrari protege Raffaele Marciello continued to be unbeatable in the Formula Renault 3.5 Aragon test, making it four out of four sessions in first as he rounds out his two-day tenure with P1 by Strakka.

F1 hopeful Sergey Sirotkin led most of the early stages of the session, but soon yielded first place to the FIA European F3 Champion. Marciello then went one better in the final hour, as he smashed the track record with a 1:38.976 benchmark.

The Italian’s lap record remained unbeaten until the checkered flag, with Red Bull junior Carlos Sainz being the only driver within half a second of Marciello.

Pierre Gasly was sixth with Arden, while another Eurocup racer Luca Ghiotto took seventh for Draco. Sirotkin wound up eighth, while Zoel Amberg and Pietro Fantin, testing with Arden and Draco respectively, rounded out the top ten.