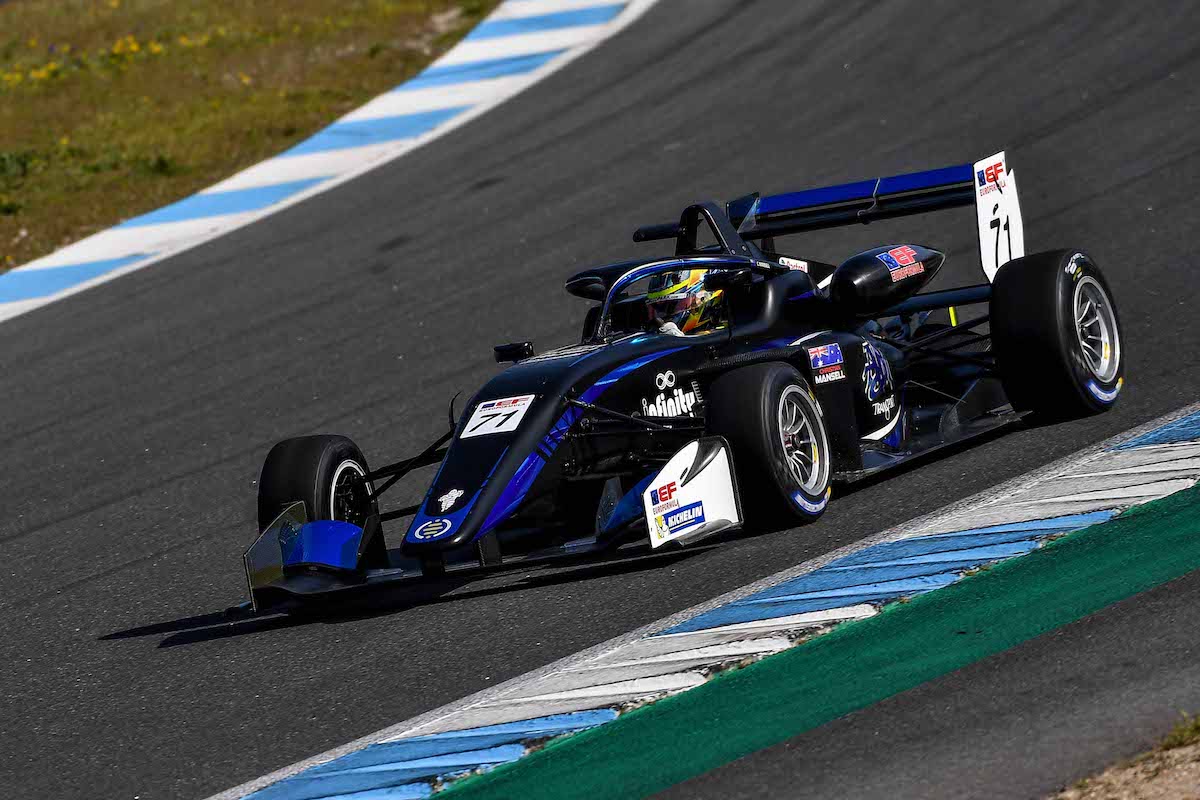 Christian Mansell took a maiden Euroformula Open victory after dominating the opening race of the season at Estoril ahead of CrytoTower team-mate Vladislav Lomko.

Australian Mansell made a great start to snatch the lead immediately, and controlled the remainder of the 21-lap encounter after an early safety car period to win by 3.279 seconds.

Poleman Oliver Goethe made a poor getaway and dropped to seventh while fellow front-row starter Josh Mason stalled before eventually getting going at the back of the field.

Sebastian Ogaard came out on top in a three-wide battle with Van Amersfoort Racing team-mates Nicola Marinangeli and Filip Ugran through the opening couple of corners, but contact resulted in the latter spinning out of the race at turn three.

The race resumed on lap three after Ugran’s car had been recovered, with Mansell maintaining the lead. Lomko snatched second from Ogaard at turn one, with Motorpark’s Frederick Lubin also following through into third.

Goethe briefly dropped to eighth behind Drivex School’s Nico Pino after the restart, but the Motopark driver soon started to recover back up the order.

Having retaken Pino, Goethe dived up the inside of Marinangeli for fifth at turn six, and repeated the same move one lap later on Pino’s team-mate Alex Peroni.

By half-distance he had caught the squabbling duo of Lubin and Ogaard. The latter took third into turn six with 10 laps to go, with Ogaard repeating the same move on Lubin next time by to move up to fourth.

After a great scrap, Goethe eventually took the final podium position away from Ogaard with little more than three laps to go, moving around the outside through turn six, before completing the move into the next corner.

Lubin came home fifth, 1.2s clear of Peroni, with Mason close behind in seventh. Marinangeli was a further 10s back in eighth, with BVM Racing’s Francesco Simonazzi in ninth. Pino finished in a distance tenth after a spin.